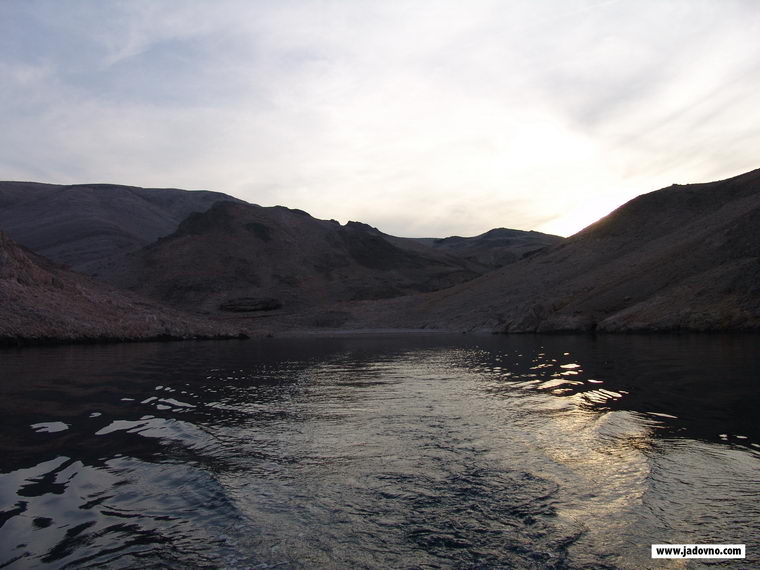 The Ustashi camp “Slana”, in which 10,000 to 15,000 detainees, man, women and children had been murdered in only three months of the Ustashi rule in 1941, is described in the previous three parts.

A place of death called “Slana” was discovered by the Italian army’s soldiers who occupied the island after demarcation with the Ustashi’s Independent State of Croatia. The Italian occupational army‘s special team reported to its command about the camp – the mass grave of the island in which, according to the member of the team Dr. Stazzio Santa, detainees were even buried alive…

The exact number of deported detainees in “Slana” camp is not known. Nor is the exact number of murdered detainees. In his report Lieutenant Santa stated only the exact number of the exhumed and burnt corpses found by the sanitary crew of the Italian army. Many graves were not opened, and many were not even discovered. Therefore, not all the locations where the murdered detainees were buried are known today. In his report Lieutenant
Santa mentions only one such location: “On another location, south of a wired fence enclosing the concentration camps for the Serbs, another burial area was found where, after drilling, we concluded the corpses were enclosed in wooden coffins. This is why we have not dug this burial area.” Most probably these were of deported people buried by their inmates. This is what Prof. Ante Zemljar said about it. He was there on a Party’s task immediately after the camp was discontinued and closed, together with a group of saltern workers who had been clearing the camp. He and the comrades saw dozens of mounds around the camp.

“We dug one of the mounds”, says Prof. Zemljar. “We found a corpse with a wooden board laid over it.

The man could have been about 50 years old. He wore a blue staff dolman and thick socks. We concluded he was warmly dressed, like a man going to work. It seems the Ustashi deluded detainees by telling them they were going to work. I saw such a group of Jews in Gospić at the beginning of July 1941 in front of a yard that served as an assembly. The second group was barbarically thrown from the truck by the Ustashi. They were driven out by Ivan Predovan, a friend from my school days, who was then in a Roman Catholic theology school, and later a butcher in “Slana”.

In his report, Lieutenant Santa says about the murdered detainees: “The person who served me as a helpful guide in finding the places we had to deal with, informed me that most of those deported to the “Slana” camp were thrown into the sea tied to large rocks, and that many took their own lives by drowning.” It is also known that many were killed on Velebit too. “The environment in which the deported were forced to live”, says Santa, “was
tragic in its wild nature of rocky patches, exposed to the sun, high winds and rain. With scarce food and little water, the claim that suicides were many
seems more than likely.”

Ending his report, Lieutenant Santa with military precision states: “For the above works (burning the corpses and re-arranging the terrain) 70 cwt of wood were used, 250 kilos of petroleum, 550 kilos of petrol, 45 cwt of whitewash. The work lasted ten days in all, with 2720 working hours.”

Cremating the exhumed bodies the sanitary team completed its assignment, while Lieutenant Santa’s document remains a shocking testimony to the innocent inmates’ suffering.