In previous parts of the article about the camp “Slana”, a place of death was described. In only three months of their administration on the island, the Ustashi murdered 10,000 to 15,000 people. The Italian army, which occupied the island after the Ustashi left, was appalled by the atrocities. Italians formed a special team to examine the camp, or what is left of it – a grave. Some of the details from that team’s report follow.

The report states: “In those cases where death had most probably not yet occurred, the largest rocks from the foot of the dry walls were pushed into the pit pulling the soil on the way, so burying was carried out easily and quickly. That the buried were mortally wounded but still alive is proven by the grimacing faces on a number of the bodies. Digging out the corpses from the grave was difficult as they were not laid out in any order, but thrown head first, their limbs bent and cramped.

In some places, there were five layers of corpses one above the other, while in some other places there were only as many as the depth of the rock bottom pit would allow.

All the male corpses had their upper and lower limbs tied. Close to the pit gun ammunition cartridges were found and on many corpses deadly wounds made with cold weapons were noted on their fronts, backs and necks. On a young woman’s corpse the breasts had been completely removed with a sharp weapon. In some pits only women and children were found murdered, in others men, women and children.

The corpses were at different stages of decay in various zones, as burying had occurred at different times, so some of the corpses could have been a month old, others two or three months old. When a corpse was taken out it was placed on an improvised stretcher with a pitchfork and carried to the wooden pyres made for that purpose, where it would be doused with flammable liquids and burnt. Each pyre was used for burning about twenty corpses.”

Traces of the Ustashi camp “Slana” on the Island of Pag, horrible evidence of what the Ustashi had committed, were gradually removed. The Lieutenant Dr. Stazzi Santa’s testimony is shocking. Reporting to the command of the Fifth Corps of the Italian occupational army, he, without scruple, described in detail what he and his sanitary crew found on the site of the camp. 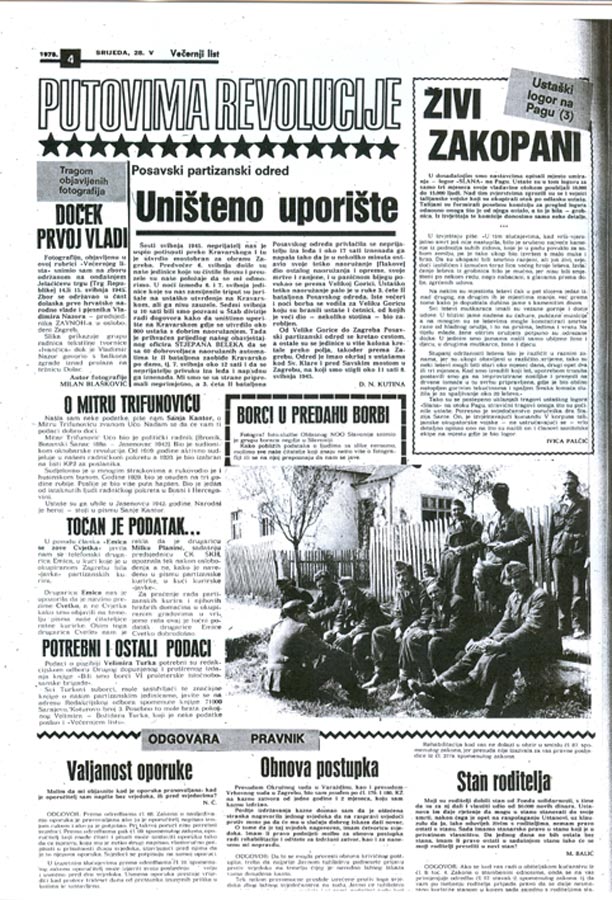