Dušan Bastašić, the President of the Association of Descendants and Supporters of Victims of the Ustasha Concentration Camps “Jadovno 1941” and Bishop of Gornji Karlovac Gerasim informed today His Holiness Serbian Patriarch Irinej that June 24 had been declared the Jadovno Remembrance Day and asked him to mark this date in the Church Calendar.

They informed Patriarch Irinej that there is an on-going restoration of the Jadovno Memorial Area where Ustashas savagely murdered 40123 prisoners in only 132 days the camps existed. 38010 of them were Serbs and approximately 2000 of them were Jews.

Bastašić said that they had asked Patriarch Irinej to perform a memorial service at the 70th anniversary of the Jadovno tragedy on June 25, 2011 at Jadovno, as well as to bless the initiative to hold the first international conference on Jadovno to be held in Banja Luka in June next year.

“The suffering of our people in Jadovno was clouded in silence because the truth about Jadovno was counterproductive for brotherhood and unity in Broz’s historiography”, said Bastašić to Srna news agency.

According to him, the wound felt by the descendants of the Jadovno victims, carried from one generation to another, was the reason to establish the “Jadovno 1941” Association in Banja Luka and gather victims’ descendants with the aim to save the sufferings in Jadovno from oblivion.

“It is a responsible attitude of victim’s descendants. This suffering should become their permanent memory as a part of the Serbian Orthodox identity, so that they would not have to pay such high price in the future as their grandfathers did”, stressed Bastašić.

Bastašić reminded us that 20 years ago Đuro Zatezalo, a historian from Karlovac, obtained a list according to which 40123 prisoners were killed in the Jadovno central camp. 38010 of them were Serbs. They had been brought there from all over the Independent State of Croatia, Sarajevo, Trebinje, Višegrad, Sremski Karlovci… Zatezalo’s book about this crime was published only a year ago.

Bastašić, who was received together with Bishop Gerasim in Belgrade by Patriarch Irinej said that there are testimonies of a small number of people who survived the Ustasha pogrom by drinking blood serum and rain that had been falling over them and then got out of the pits they had been thrown into. 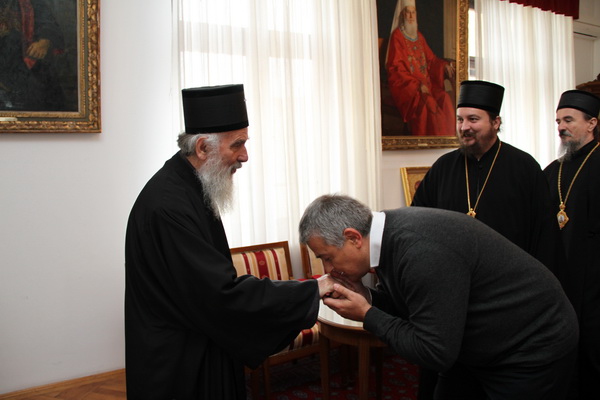 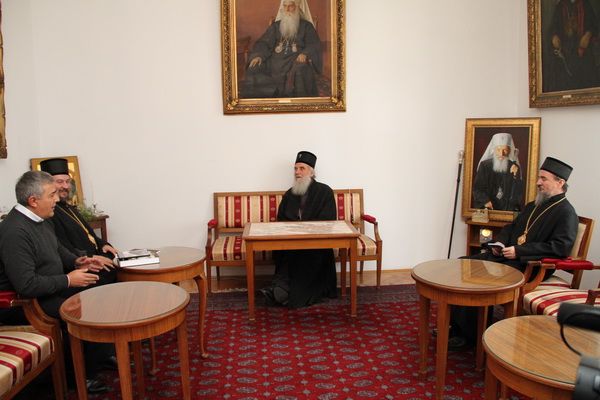 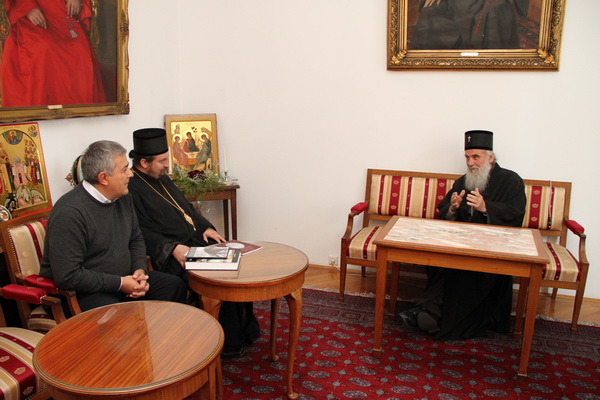 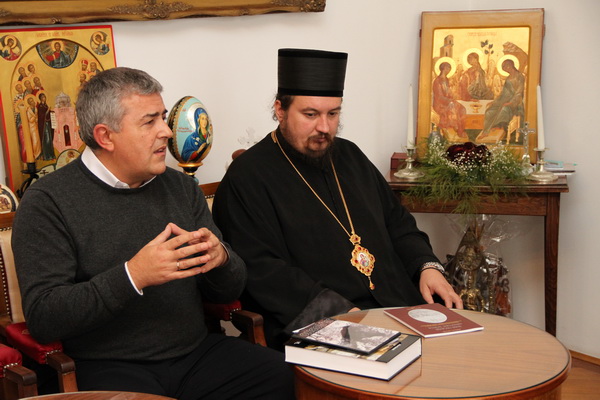 Few survivors told that the people had been tied together walking in two columns. Then they the first two or four were hit by a mallet in the head so they would very quickly pull everybody else with the weight of their bodies.

The Ustasha crimes happened in the Velebit area which is rich with Karst pits, as well as in the area of Pag Island nearby.

According to him, the Jadovno camp was the predecessor to the Jasenovac camp. It existed until late August 1941when it was closed due to arrival of Italians, after which the Jasenovac camp was opened. They chose a location which would limit the evidence to the crime.

We know that the Šaran Pit, close to Jadovno, is 47 metres deep and very narrow. The estimates say that only in that pit there are around 10000 victims, but when asked about it by Srna, Bastašić said that only God knows how many victims are in there.

Bishop Gerasim stated for Republika Srpska media that during the reception by Patriarch Irinej he suggested that the Gornji Karlovac Eparchy houses a Jadovno board with the task to study and take care of this largest camp in this Eparchy where two bishops and 63 priests died.