The Italians occupied Pag after demarcation with the Pavelić’s ISC (the Independent State of Croatia). They discovered innocent people’s mass graves after the Ustashi left. In his report to the higher command, Lieutenant Santa, a member of the Italian occupational army’s commission, included a separate report.

At the beginning of his report, Lieutenant Santa states: “While we were in the area where the ship anchored, and even more so nearer the reef next to which we docked, we smelled a heavy odour characteristic of decaying organic matter. When we climbed a path in the karst terrain up to 400m above the sea, we found a pit 32m long, 2m wide and 1.5m deep. Walking by we were forced to wear our gas-masks as the stench was unbearable and we had to breathe more heavily due to climbing.

The pit was parallel with the little valley and the path we were walking on. It was closed at its ends with two little dry walls. The bottom of the pit was karst. About 15m away, there was another pit tangentially placed to the first one, 15m long and equally wide and deep. It was noticeable that the soil removed from the pits and set aside was covered with stones to create an impression of a regular landscape. From the site came a strong stench of decaying matter and from the removed soil protruded cramped hands, very rotten toes and human bodies scarcely covered with soil. In part of the site which seemed unusually soft, we excavated the body of a woman at a depth of just a few centimetres.

400 meters further on was the head of the valley. It then descended into another valley named Karlobaški malin in the Karlobag direction. Some 300 meters further into a completely rocky area without any paths we came across an alley with the displaced soil covered with stones for the purpose of masking the terrain and the characteristic and familiar stench of death. Here and there cramped arms and legs protruded from the soil.

The sanitary crew worked very methodically. They moved all stones and carefully removed the layer of the soil with shovels the whole length of the grave. The sight was horrible. After removing the first 5 to 120 centimetres of the soil, many hands showed up, mostly tied, bare feet, heads with faces turned up, or just necks of the murdered people”, says the Lieutenant Santa’s report.

“We concluded the burial was executed as follows: those chosen to be buried were brought in groups of 2 or 3 with their upper limbs tied, onto the pile of dug up earth in front of the pit. Downed with a machinegun they fell dead into the pit, and then they were finished with a cold weapon if they were not dead already. 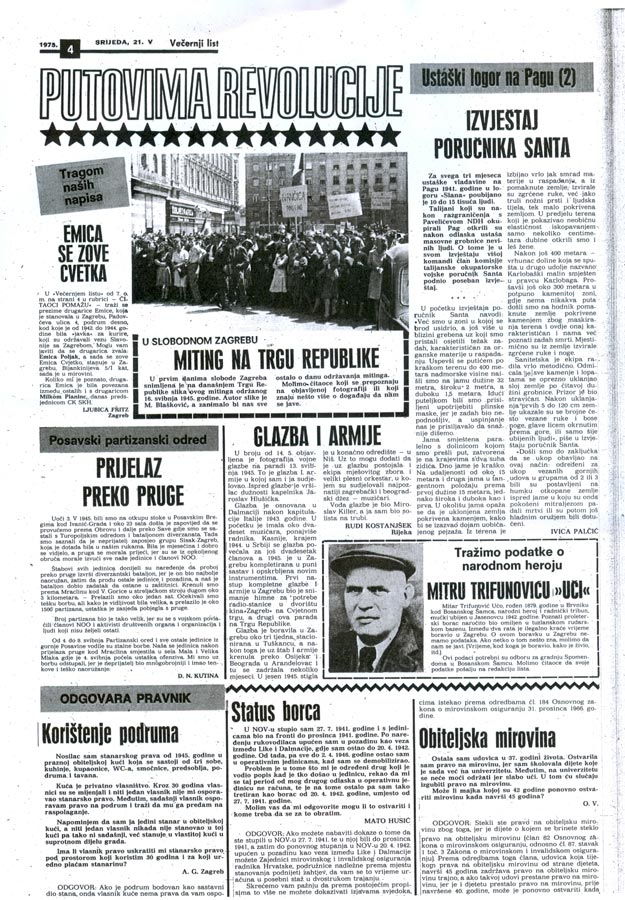