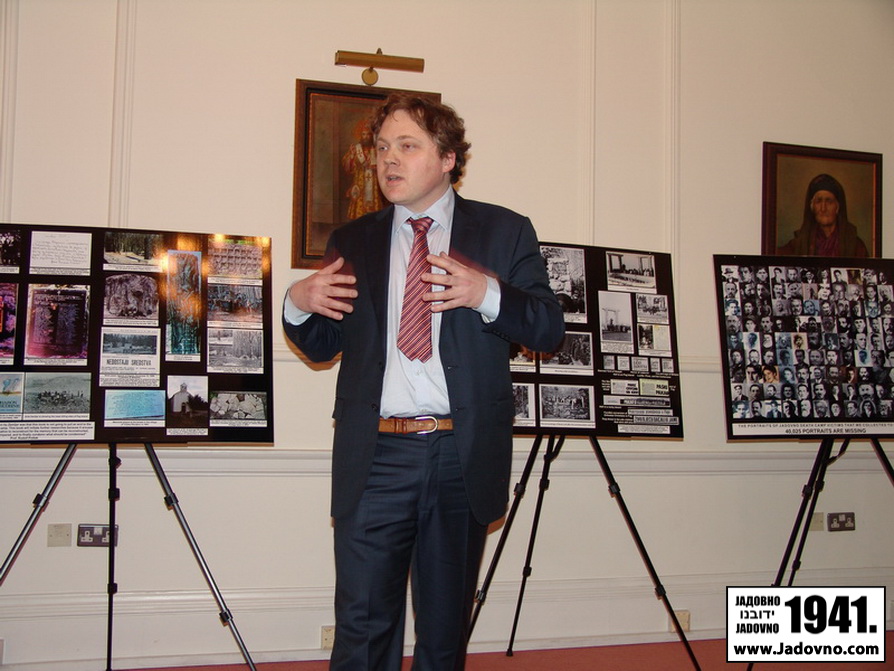 Yeomans is using the association’s archive, working on his new book about the terror in the Independent State of Croatia

On the invitation of the association, the esteemed historian is researching “Jadovno 1941.” association’s archive, for his upcoming book on terror in Independent State of Croatia, titled The Utopia of Terror: Life, Death and Everyday Experience in the Ustasha State.

In 2013, he was a junior fellow in modern European history at the Cantemir Institute, University of Oxford. He has also taught at University College London, City University, the University of Leeds and Oxford Brookes University. His held a position as an advanced academic fellow at the Centre for Advanced Study Sofia, Bulgaria and his current position is as a fellow in history at the Wiener Wiesenthal Institute for Holocaust Studies, Vienna, Austria.

On Holocaust memorial day, 27. January 2014., in the embassy of Republic of Serbia in London, during the opening of exhibition “My Jadovno”, Yeomans mentioned in his address of the visitors during the opening, that Britain was the first country to have concentration camps, at the end of XIX century, during it’s colonial reign for Boers, South African population.