REVIEW ITHE BOOK OF SELF-CONSCIOUSNESS OF THE HOLOCAUST HISTORIOGRAPHY 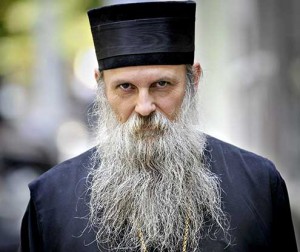 Review by Simon Epstein, Hebrew University of Jerusalem It is a pleasure and a honor for me to write some words about Jovan Ćulibrk’s book.

I know him since he came at the Hebrew University in Jerusalem, and I have read most of his writings. He has a very broad and deep knowledge about the Jewish
people and the State of Israel. His knowledge in Jewish History – ancient and modern – as well as in Jewish national culture, is impressive. Jovan Ćulibrk is an outstanding specialist of the relations between the Serbian people and the Jewish people. The period he mainly deals with is naturally the Second World war. The Jews were persecuted and exterminated all over Europe, and the Serbs were victims of a systematic and cruel ethnocidal policy. This historical “community of fate” generates special links between our two nations, links which find their expression in a wide range of political, diplomatic, cultural and intellectual matters. Jovan Ćulibrk’s writings are in absolute conformity with all the fundamental principles of academic research. They are rationally conceived, clearly presented and solidly argumented, and all the classical rules of objectivity are meticulously respected. This “community of fate” between Jews and Serbs, which is so significant for him, strengthens his work with a stimulating dimension of concern and empathy. Last but not least, I would like to add a remark about Jovan Ćulibrk’s personal itinerary. He is a perfect scholar, and his writings are extremely interesting. But he is also a priest, and in the past, he was a soldier. His rich experience of life confirms an old maxim: if you want to be a good scholar, you have to be more, much more than a scholar.
Simcha Epstein
Hebrew University of Jerusalem
August 9, 2011