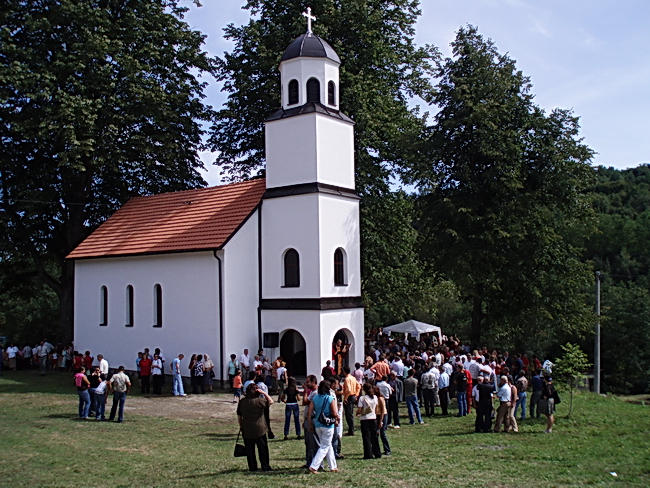 Skipovac is a village on Mount Trebava which was in 1937 divided, both in the administrative and territorial sense, into two villages: Gornji (upper) and Donji (lower) Skipovac. Mount Trebava in a narrow sense consists of around twenty villages – from the River Spreča and Stanić-Rijeka to the Duga Njiva above Modriča (from the northeast side) and from Kostajnica to Modriča from the western side (the Bosna River valley). Trebava is mostly populated by Orthodox Christians. Trebava, just as Mount Ozren, has been populated, throughout the long history of colonisation, by people from all ends of this part of the Balkans: Serbia, Raška, Montenegro, Herzegovina, Bosnian Krajina, and many families also from Ozren moved there. That is why the legends and customs from Ozren and Trebava are virtually the same, just as the mental and spiritual heritage.

Skipovac is located 12.5 kilometres north from Gračanica. At the north it borders with Zelinja, on the west and southwest with Lukavica, on the east with Prijeko Brdo and on the northeast with Međeđa.

The altitude is from 308 to 694 metres. The climate is moderate continental and in the geomorphological sense the terrain are rolling hills carved by small streams and little rivers.

In the hydrographical sense, the Skipovac area is rich with springs of various sizes, which produce small streams and little rivers. This is the area where the Javorinski Stream, Kostića Stream, Kadijevac and others spring out. Somewhat larger are the Lukavička River, Jelova River and Cjetovlja (on maps marked as the Cjetovija). Both of these natural watercourses are formed in the area of Gornji Skipovac, which is a watershed between the rivers Bosna and Tinja.

In Zagreb, on April 10, the Independent State of Croatia was proclaimed. This ceremony was attended by a special German envoy Edmund Wesemayer, and the proclamation was blessed by the Vatican and the first Croatian politician Vlatko Maček.

The similar process was going on in the neighbouring Slovenia. Dravska Banovina Governor Dr. Marko Natlačen formed the National Council out of representatives of political parties and on April 10 proclaimed the independent state, which was to join the Triple Alliance.

Under the proclaimed motto „one third of Serbs to be converted into Catholicism, one third expelled and one third killed“, Ustasha leaders headed by Poglavnik Ante Pavelić started their bloody work. In order to exterminate the Serbs as quickly as possible, the Ustashas established concentration camps in Gospić (Jadovno and Slana on Pag), Jastrebarsko, Gradiška and Jasenovac which were „functioning unhindered“ throughout the war, regardless of the proximity of Partisan and Chetnik rebel units.

The Serbian people were met with difficult days, filled with fear and uncertainty. Yugoslavia had been overrun, the army had been smashed, and over 30,000 officers and soldiers had been taken to Germany as prisoners of war. A part of non-Serb officers and soldiers were released home. They mostly joined quisling units, while troops of Serbian ethnicity remained in work camps until the capitulation of Germany, far away from their homeland. In that way they were not able to defend their country and protect their families, who so undefended became an easy „prey“ to the Ustasha butchers.

The mass Ustasha terror started immediately in May and June 1941 in East Herzegovina, East Bosnia, Lika, Kordun, Banija, Western Slavonia, Bosnian Krajina, and in central and northern parts of Bosnia. They first started the deportation of priests, teachers, members of the „Sokoli“ (Hawks), and then all other distinguished Serbs from all parts of the established NDH.

GRAČANICA AND THE SURROUNDING AREA IN 1941.

There was a plan to displace 28 families with 100 members from the Gračanica Canton. This task was entrusted to and performed by Franjo Šajkaš, Deputy District Chief. He got he information on the properties from the Reconstruction Office. Five priest were one of the first to be displaced in June 1941: Mitar Sofrenović, Dejan
Vujasinović, a priest from Skipovac, and two priests from the St. Nicolas Monastery, Abbot Gavrilo Vukojev and priest Jovo Ljubojević. The others were displaced later. The transport of these families started in mid-August 1941, and it ended with the rebellion on Ozren on August 23, 1941, so the families from Kakmuže and Petrovo Selo were not displaced, although there had been a plan for that.

The displaced Serbian families from Gračanica were the families of Vladimir and Dušan Simeunović, Luka Nešković, Stanko Trifković, Stanko Ivanišević, Jovo Blagojević, Branko Nikolić, Ranko Arnautović and Dimitrije Jovanović. From Ozren and Boljanić displaced were families of Savo Janković, Jovan Janković, Todok Lukić, Đuro Vukeljić, Tripo Kitić. Also displaced were: from Karanovac the family of Pero Žižak, from Sočkovac of Risto Lazarević with his wife Mara, son Danko and daughter Trivuna. The displaced families were transported in trains. The Croatian authorities populated their houses with people from Slovenia.

In the Second World War, Skipovac suffered many things, at the beginning of the war by the NDH occupational forces, and at the end of the war by the 16th Muslim Partisan Brigade. In fall 1944, the SS troops from the 13th
SS „Handzar“ Division (who had been soaked with Serbian blood throughout the war) en masse moved to the 16th Muslim Partisan Brigade and the Tuzla Partisan Detachment.

Members of the 16th Muslim Partisan Brigade, on August 17, 1945, in various ways killed 42 persons in villages Donji and Gornji Skipovac. They were mostly shepherds, people ploughing the fields, 18 of them young men from age 17 to 18. 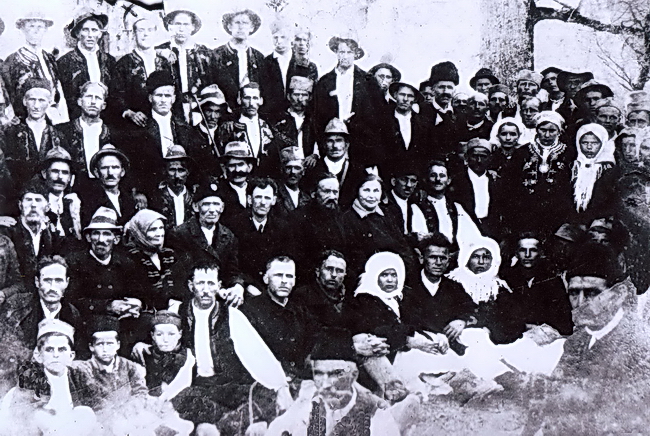 THE LIST OF PEOPLE KILLED IN SKIPOVAC DURING THE
SECOND WORLD WAR FROM 1941. TO 1947.