Jadovno is a predecessor of Jasenovac 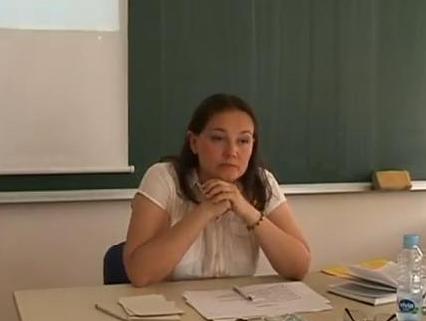 The first inmates of Jasenovac were the surviving prisoners of the complex of NDH death camps Gospić-Jadovno-Pag.

73 years ago, on 23 August, 1941, the Croatian People newspaper published the following:
„..in the last couple of days, shacks at the Lonjsko Polje, which will house workers, soon to start with their work, have been completed.“

Amongst the first camp inmates of Jasenovac were prisoners from the Croatian island of Pag, which was a part of Jadovno complex of camps.

Zlatko Vajler, a surviving camp inmate from Slana on the island of Pag, describes the road from Slana to Jasenovac camp:
“Our camps were closed down in late August when Italy got that part of the Adriatic in accordance to an agreement. The people in the salt pans and in the female camp were killed, but they did not have the time to kill us… so they took us on a trip. We were put in train cars and went towards Zagreb… the train passed Zagreb went eastwards and arrived near Jasonovac, where we got off…“

In his testimony Vajler also speaks about the time before the war, and states:
„..as a top athlete I often participated in various competitions, and from 1938 all the way to 1941 you could often hear: Strike the Jew, kill the Jew…“

While I am reading this testimony, I cannot help but to remember some new evil times in Croatia, where you can hear during games and matches “Kill the Serb” and “For Homeland ready” and I lose my breath and ask myself are these the signs we should recognize.
To be a warning to us.
I remember the Stenton’s scale “Eight stages of genocide” (classification, symbolization, dehumanization, organization, polarization, preparation, extermination and denial).

Robert Farkaš, a lawyer from Zagreb, was in the camps Jadovno and Slana from late June to 20 August, 1941, and in his statement in 1946 he describes his living or more precisely non-living circumstances in Slana camp:
“The cove was only made of rock, there was not a single blade of grass growing there, or any living creature, any animal, only rock and one shack where over 400 of us were accommodated, while it was fit… perhaps for 150 people… The heat was unbearable, and there was less and less food each day, so after 10 days we got a small loaf of bread, which was divided into 16 parts, and later on into 20, while near the end there was no bread at all… Hygiene was terrible… After a while there were cases of dysentery… From the last camp on Pag we were taken on 20 August, 1941. And we were transferred, as I said before, via Karlobag, Velebit and Gospić to Jasenovac.“

From the testimony of Nada Fojerajzen, a camp inmate from Pag, and later on a survivor of the Second World War, we found out the following:
“In late August or early September we went from the island of Pag via Karlobag to Gospić. In Gospić we were put into train cars. As soon as one car was loaded, it was immediately closed and sealed. I left with the first transport.“
Nada Fojerajzen was transported to the camp Kruščica near Travnik.

These are just small fragments from three testimonies.

Their voice remains a warning to us. Our legacy is to keep those voices from oblivion.