Exhibition “My Jadovno” in Norway

The Serbian Diaspora must realize the magnitude of the genocide over the Serbian people in the Ustasha’s Independent State of Croatia (NDH), said tonight in Oslo the President of the Association “Jadovno 1941”, Dušan Bastašić. 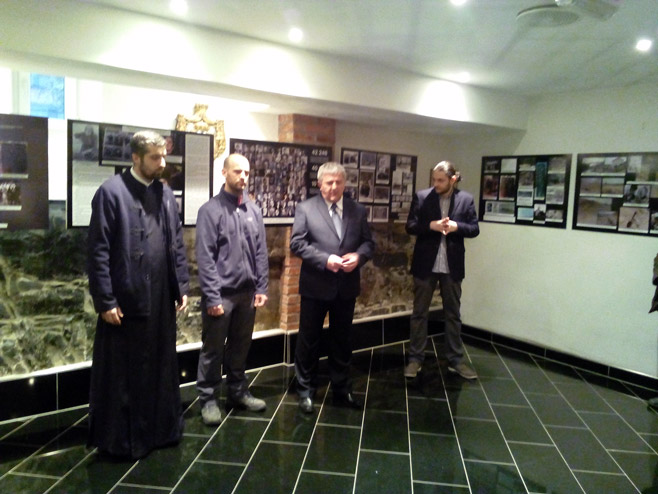 “We must not forget the crimes in the Ustasha complex of death camps Gospić—Jadovno – Pag, the first liquidation centre in the NDH. We must raise awareness on it in all segments of the Serbian society, including the Diaspora. We hope to have more institutional support in this”, said Bastašić at the opening of the exhibition “My Jadovno” in the capital of Norway.

After the exhibition was opened, Bastašić and Association “Jadovno 1941” Secretary Predrag
Lozo held a lecture on the genocide over the Serbian people in the NDH.

“The awareness of individuals is the essence of culture of memory and remembrance of the victims, and we are working on this every day”, said Lozo during the lecture in the Parish Home of the
Serbian Orthodox Church Municipality “St. Vasilije Ostroškki” in Oslo which was crowded with people.

Besides numerous guests and representatives of the Serbian Diaspora in Norway, the lecture was also
attended by Secretary of the Church Committee in Oslo Bojan Rakonjac and priest
of this parish Goran Bosić, “Jadovno 1941” Association reported to Srna.

The Association of Citizens “Jadovno 1941” from Banja Luka, with the help of donors from Norway,
organized the exhibition “My Jadovno” in Oslo.

So far the exhibition was set up in dozens of towns in Republika Srpska and Serbia, as well as in New York, Leicester and London.

There are many Serbs living in Norway originating from Republika Srpska, Serbia and the countries of the former Yugoslavia. Visitors of “My Jadovno” exhibition in Oslo had the opportunity to get to know ordinary life stories testifying about the suffering.

According to data collected so far, which are not final, in the complex of death camps Jadovno at least 40,123 victims, mostly Serbs, were murdered in most brutal ways.