My Journey to Jadovno and Pag

I am currently 61years old and most of my life did not have Peace of Mind. I did not understand why until about age 40 when I realized that I am a child of Holocaust survivors. Yes. I knew it theoretically but was not connecting it to my emotional states that were very unstable. I was never admitted to a mental institution but the fears and inner turmoil was almost unbearable. I completed my PhD in pure Mathematics but as a young professor spend many hours just walking in the woods by the university where I worked. This is all past now because I was led to Jadovno and Pag where many of my relatives died.

My parents never talked about their experiences and yet there was always a feeling of sadness at home. Both of them lost most of their family in the 2nd World War in Croatia including their first spouses. My mother wrote a book about her experiences so I knew the general situation but never knew anything about the details. Somehow my mother mentioned the names Jadovno and Pag. I read some horrible things about what happened in these places in a book by Menahem Shelah (Holocaust in Yogoslavia)

It was not until November 2005, when I was 56 years old that things started to change inside me and I decided to find out what happened. It was an inner call. It felt like a call of Love from the past. An echo of wounded birds wishing to fly again… To me it shows that there are deeper realities than are experienced just with the physical senses. I felt the need to find Jadovno and Pag and learn what happened to my family. I bought a plane ticket and landed in Zagreb, Croatia where two of my cousins live. Through the Jewish synagogue in Zagreb (and later a kind historian from Karlovatz named Djuro Zatezalo) I found that members of my family died in two places; Jadovno (near Gospic) and Slana (on the Island Pag)

Everyone in my family advised me not to go to Jadovno. They said “It is too dangerous” or “There is no sense of going there, you will not find anything” But I decided to go. I rented a car and very early morning in November 2005 I was on my way. I bought a map and after some adventures of found the little village called Jadovno but how could I find the place itself where my family died.

This is what I wrote in my diary:

I was looking for the place where I read that members of my family died. I read there was a cliff where people were thrown down alive and died in terrible agony and wanted to find the place and pray for Peace and Forgiveness. After waking up at 4:00 am and driving from Zagreb to a small town named Gospic (about 2.5 hours) I asked a young man how to reach the place called Jadovno. It was only a few kilometers away from Gospic and I found a dirt road through the woods. 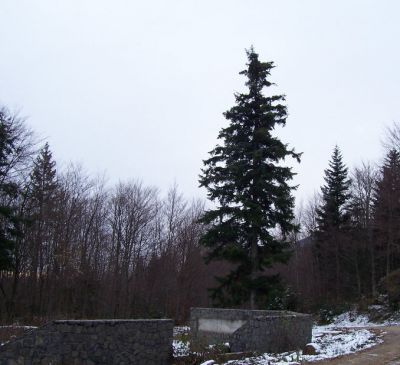 After a few miles I saw a stone structure in the middle of the woods that looked worth exploring. I stopped my car but assuming that the people were thrown off a cliff I started climbing up the mountain until it was too cold and too dangerous, went back to the car and after driving a little more decided to turn back to the main road. On the way back I met three wood cutters whom I asked if they knew about a place where people died 65 years ago and they told me to return the that stone structure but walk down and look for a hole in the ground.

I went back and the following pictures speak without words: 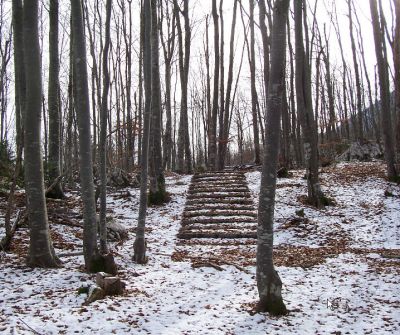 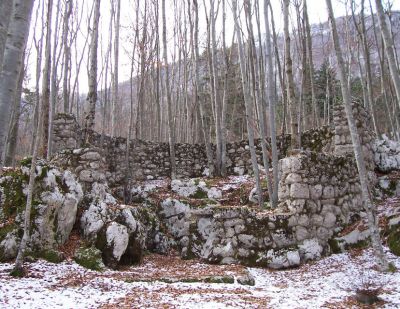 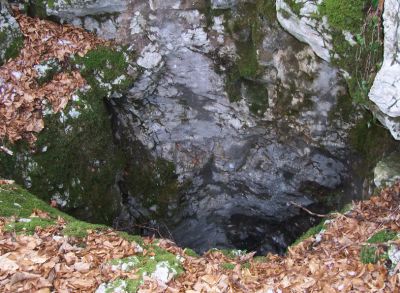 When I saw that hole I screamed to God (out of relief) for about 10 minutes and I believe that this event started a deep healing process for me.

Later I learned that between 11000 and 14000 people were thrown into this natural cave.

After that I continued to drive through the mountains to the Island Pag: 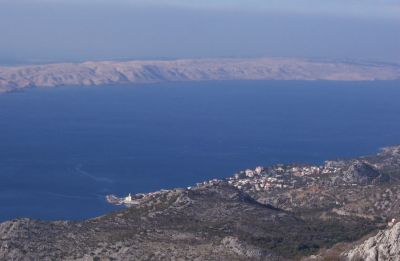 This is what I wrote in my diary: After leaving Jadovno I drove through the Velebit mountain range and reached a small fishing village called Karlobag where Fritz (Fric) (my mom’s first husband) died on the way to Jadovno. From there I boarded my rented car on a ferry to the Island Pag where my Aunt Mira and my Grandmother Elza died. I read that they died together with many other women in a place called Slana not far from a small fishing village called Metajna. I read in a book written by Menahem Shelah (Holocaust in Yugoslavia) that the women died in the most difficult situations that words simply cannot express. When I arrived at the village at about 1:30 pm on Monday November 21, 2005 I asked for direction of how to reach Slana (the easiest was I was told was by boat but there was also a way to get there by foot). I went by foot and the following pictures are from that journey: 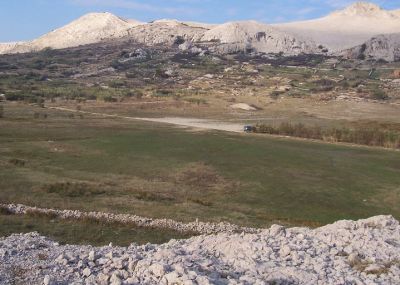 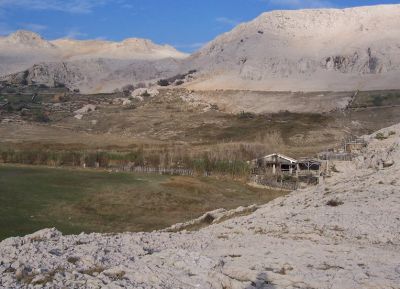 One can see a deserted restaurant at the end of the field. No one was there. 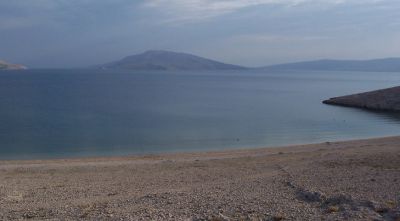 Here is where I started the journey heading southward toward Slana. 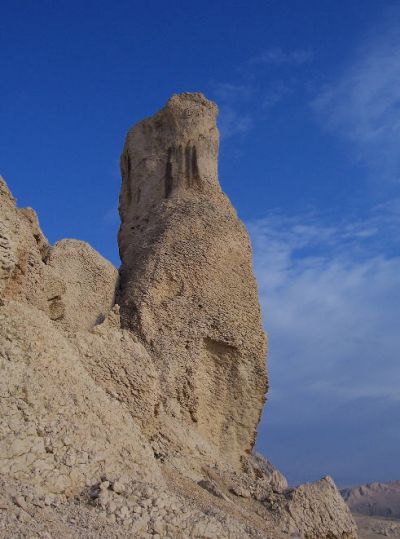 I saw this amazing stone on the way. 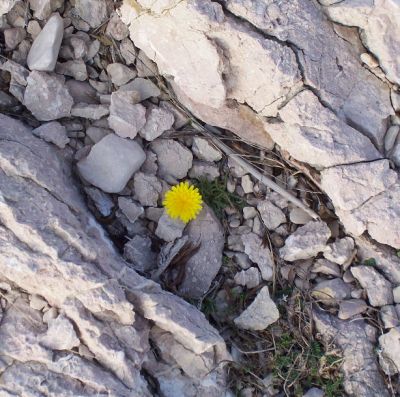 This single flower smiled to me. It gave me courage to continue. 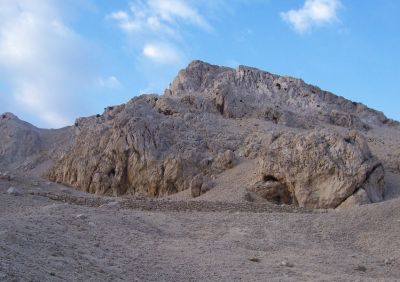 I saw this strange stone wall in the middle of nowhere and thought that maybe this is Slana. Only a year later, when Dusan, my wife and I re-visited the place the theory was confirmed. 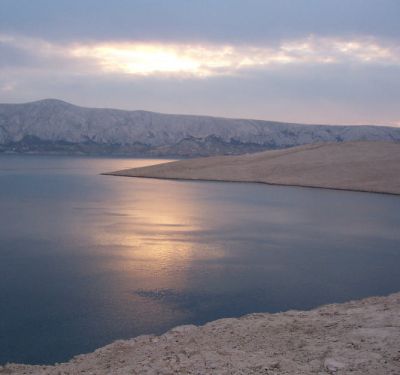 It was getting late and I started walking back arriving at the Hotel very late.

I decided to put these pictures on the Internet and Dusan this is how Dusan and I met a year later.

I pray for all the souls who died in these two places and for Truth Peace and Forgiveness to take root there so that children will grow with Love and Universal Brotherhood of Mankind.

This Journey in November 2005 started a wonderful healing process for me. I learned that it is possible to bring painful memories to the light of awareness and by doing them transform the pain. I am a different person now.