Institute for the Recent History of Serbia, Belgrade

JADOVNO – “ARYANISATION OF CULTURAL ENVIRONMENT” OF THE INDEPENDENT STATE OF CROATIA

The Independent State of Croatia in its origin had roots in rewriting political map of the world in the will of its “mentor”, the Third Reich. In that sense, looking at it historically and legally, the creation of this state was not connected to some particular legal principles, therefore the historiography used to call it a “so-called state”.

The NDH was formed on national basis, with special care on the essence of the ideology of principles based on which the ideal Croatian nation would be realised. This ideology, with its popular name the ideology of “people’s collective”, demanded racial and national purity and unity. A healthy nation could be built by physically destroying internal and external enemies that “dissolve” the Croatian nation. The deadliest for the Croatian nation were its internal and external enemies: Serbs, Jews, intellectuals and communists.

Anti-Semitism, i.e. anti-Judaism was considered to be a kind of sacred, divine and justified mission to rid the world of “human waste” and “absolute evil”. Taking the Third Reich as a model, the “cultural Aryanisation” of the NDH was accelerated and racism was put within a framework.

Jews on Yugoslav soil which later one became the NDH had had strong national and political organisations.

At Zionists congress held in Zagreb in 1919, a unified Zionist organisation was created, named the “Union of Zionists of Yugoslavia” and it successfully continued to work in the period between the World Wars. In the same year a central Jewish youth organisation was formed, named the “Union of Jewish Youth Associations”. Most of other Jewish youth associations, who did not formally belong to this organisation, were Zionist and left-wing. The student Zionist organisation at Zagreb University was particularly strong. In time they took over all Jewish associations at the University and formed the University Committee of Jewish Communist Organisation. Spreading of communist influence amongst the Jews could be explained with uncompromising condemnation of racism and anti-Semitism.

Along with Serbs, Jewish intellectuals and students were brought to Jadovno, the first camp for the destruction of “elements that dissolve the Croatian nation”, formed at the very beginning of the Independent State of Croatia. Along with intellectuals, who were the most productive in the national culture, very indicative was the arrest of 165 Jewish youths, mostly students and sportsmen. So, along with genocide over the Serbian population, the Holocaust was introduced with first Jewish victims of mass executions in the Gospić group of camps. 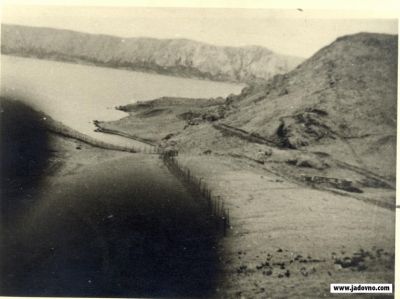