Dragan Šućur, SUFFERING OF CLERGY OF THE SERBIAN ORTHODOX CHURCH IN THE SYSTEM OF USTASHA CAMPS JADOVNO-GOSPIĆ IN 1941

Based on literature and partial archival materials of the Holy Synod of the Bishops of the Serbian Orthodox Church in Belgrade, the paper describes the suffering of bishops, priests, deacons, monks and students of theological seminaries in the system of Ustasha camps Jadovno-Gospić. On the basis of the above sources, the paper tries to show the real intention the authorities of the Independent State of Croatia had for Orthodox clergy and in turn with Orthodox Serbs. Along with that, it states the number of bishops, clergymen and students of theological seminaries who lost their lives in the system of Ustasha camps Jadovno-Gospić in 1941 and the ways in which they died. Many of them were tortured and murdered in the cruellest ways, and some of them were thrown into pits alive. By the murder of bishops and priests, the Ustasha authorities tried not only to decapitate the leadership of the Serbian Orthodox Church all over the NDH, but also to destroy it completely. According to data available, in Jadovno camp in only few months of 1941 two bishops, five hieromonks, fifty six priests, two deacons, two monks, two students of theological seminaries and one student of the faculty of theology were murdered. Together with them, almost 40,000 Orthodox Serbs were murdered and together they make the martyred Church of Christ. 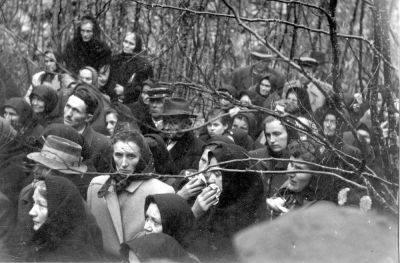