Searching for more reliable documents on Slana as well as photographs (because those photos that we have suggest there are more of them, even from the execution sites) I went to the Ministry of Defence of the Republic of Italy. I asked them for a copy of a case file from their archives with a number that I had.

Through our Embassy in Rome I received a reply from the Ministry of Defence number 35722 from July 10, 1987, in which the Head of the Office informed me that he unfortunately could not provide me with the photographs which had been lost in the chaos of war, but that he sent documents referring to the case of Slana.

I would like to take this opportunity to thank Mr Pierluigi Bertinaria, the Head of the History Office of the Ministry of Defence, and our Embassy and Ambassador Anto Skaternik for his efforts. They are just few amongst a number of people who helped us to obtain information on Slana camp.

These Italian documents have a logical sequence starting from a day in September 1941 when the Command of V Army Corps, of Italian II Army, asked for the protection of running (drinking) water along Velebit from contamination caused by a large number of murdered and inadequately buried victims (read: thrown into pits!).

On the order of Italian Colonel Dr. Muzi Fiorini, the Director of the V Army Corps Medical Service, Dr. Finderle Vittori, Military Post Office 41, went on a reconnaissance to discover the people that had been killed by Ustashas and thrown into pits on Velebit and Pag. The aim of this investigation was said to be the attempt to avoid contamination of water in that area and to prevent an epidemic, because they had “heard” that a lot of people had been killed and that the area needed to be disinfected. We do not need to comment on the other aims they had.

The soldiers reacted very quickly. The report by Vittorio Finderle is dated September 6, 1941. It is the most authentic report and the first one amongst all others on this subject. It is the most accurate in the part where Finderle reports on what he had seen in the field and maybe less accurate where he honestly speaks about things he had heard from people. However, both those people and he were probably the closest to the truth because they spoke of it right after the events had happened and on the location of those events.

The document signed by Dr. Finderle is published here for the first time. The other document, signed by Dr. Stazzio Santo is familiar to the public, but in order to fill in the gaps in the previous publications we here give you the document in full. 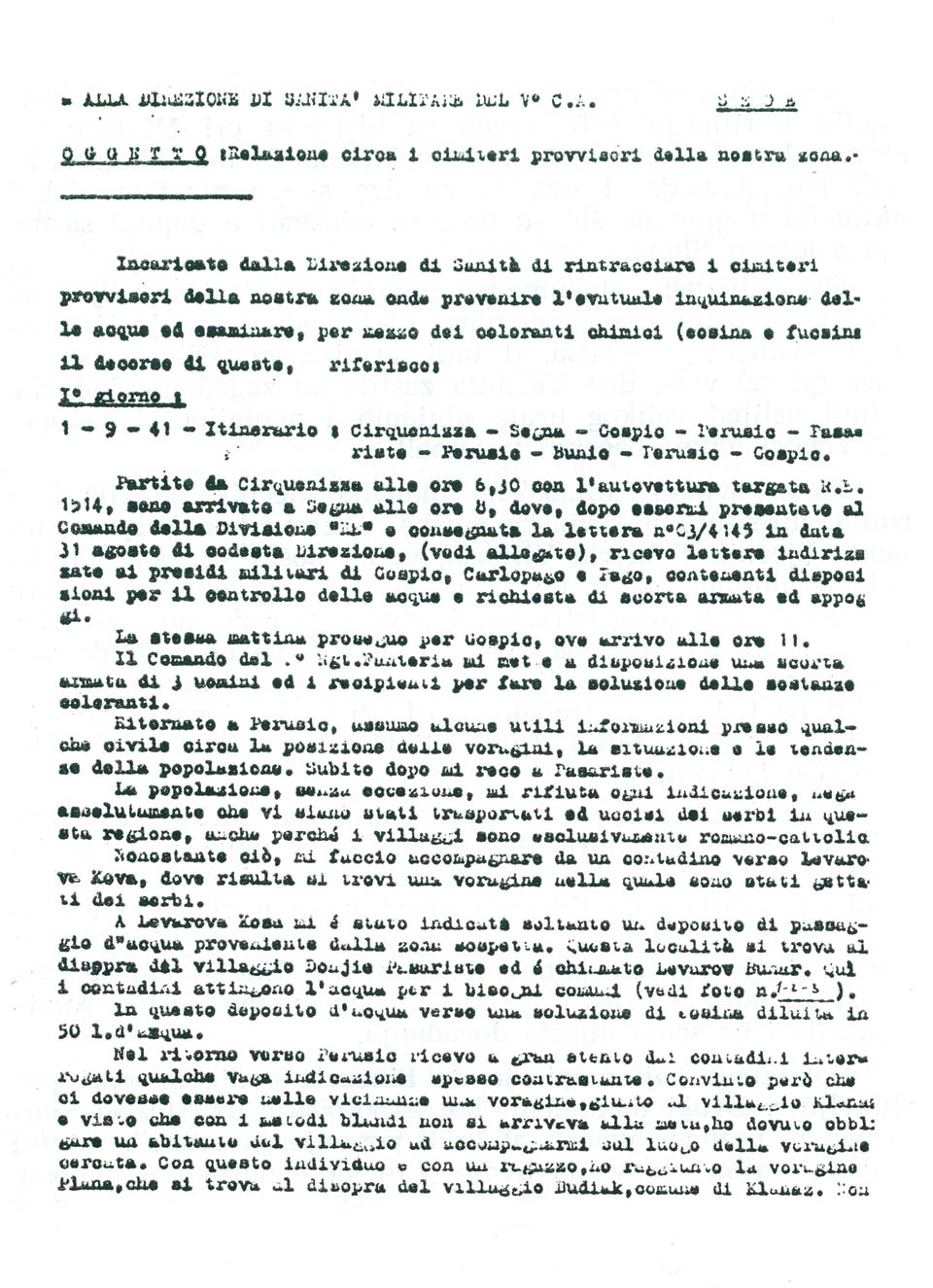 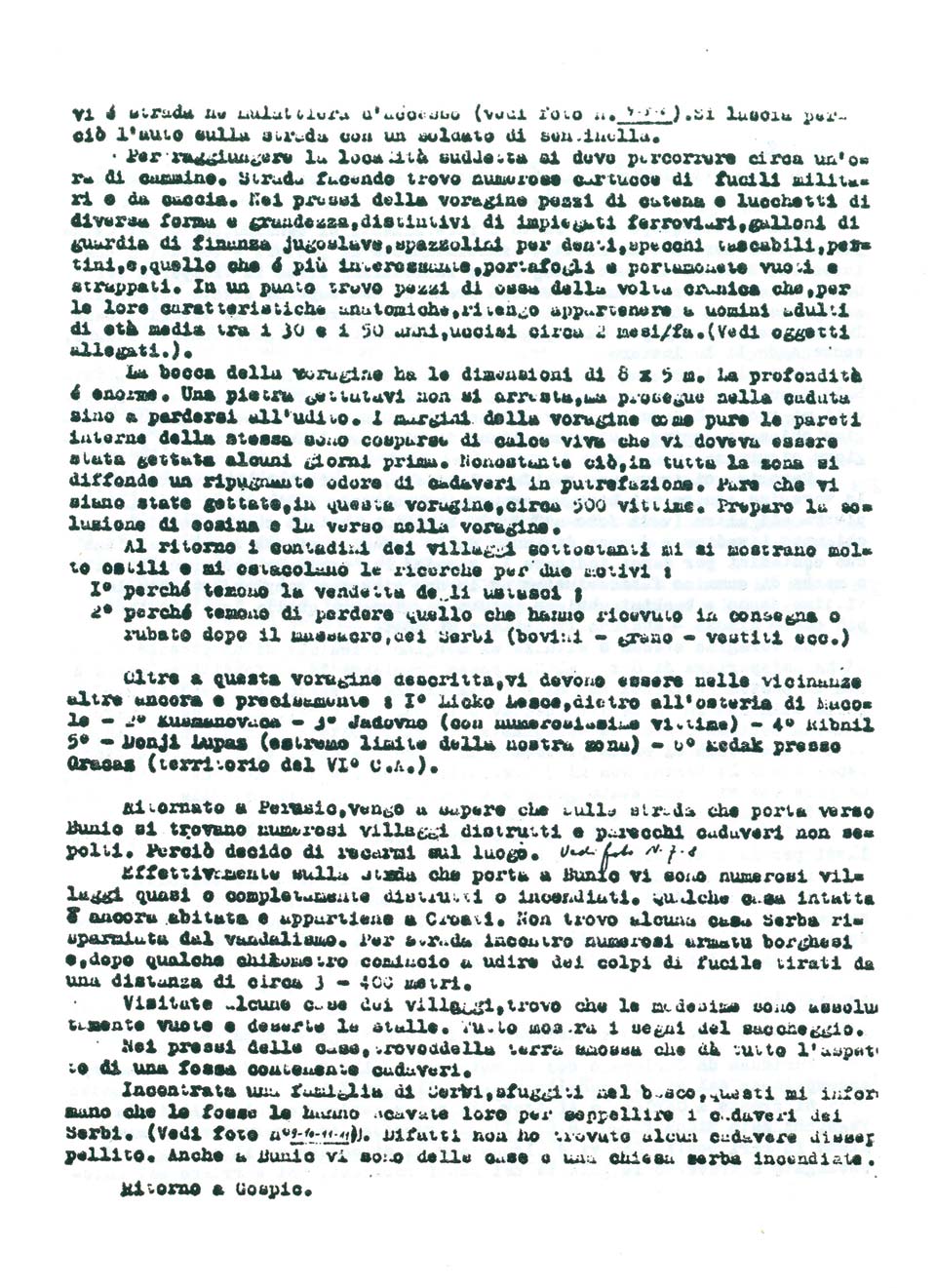 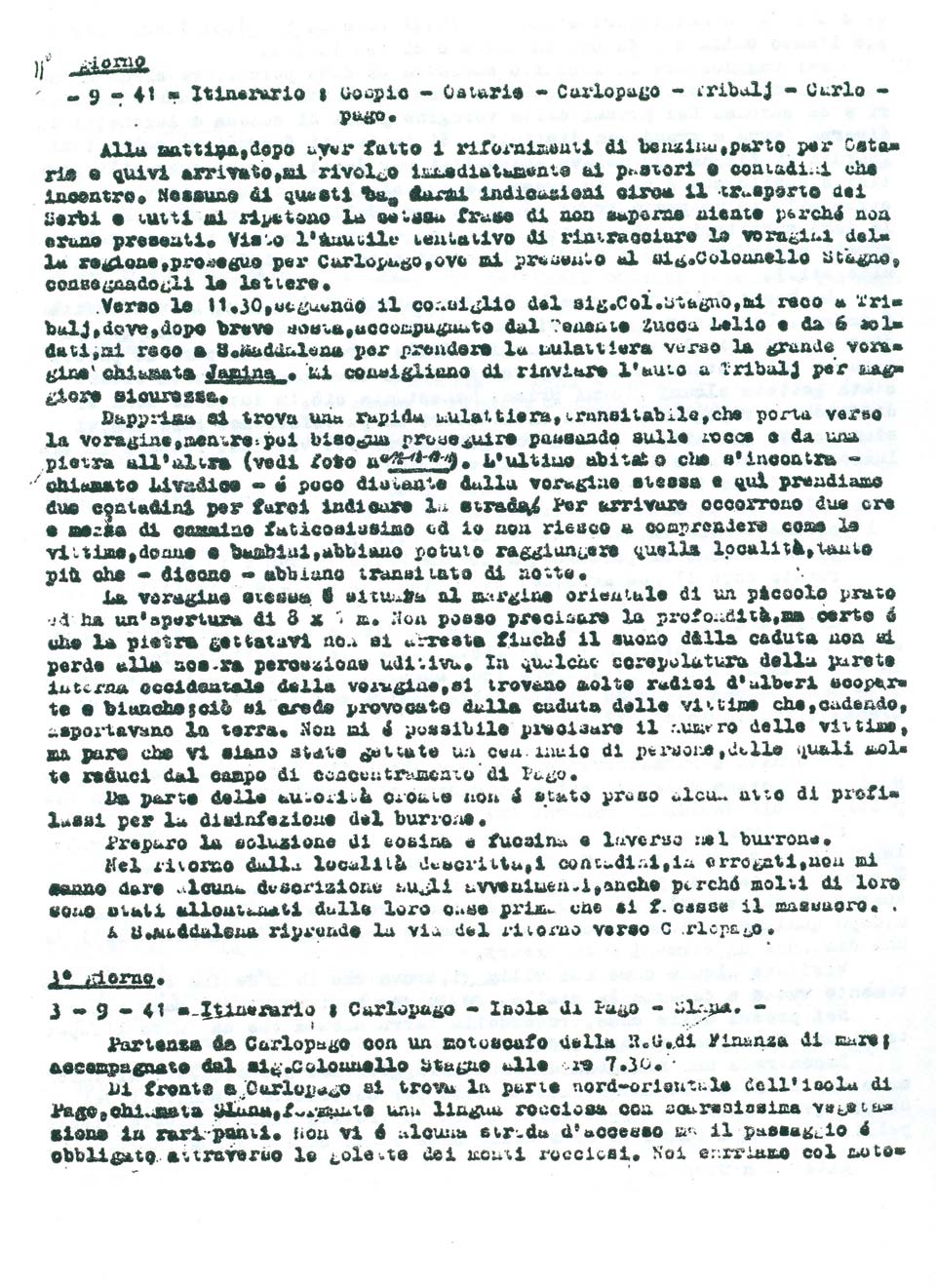 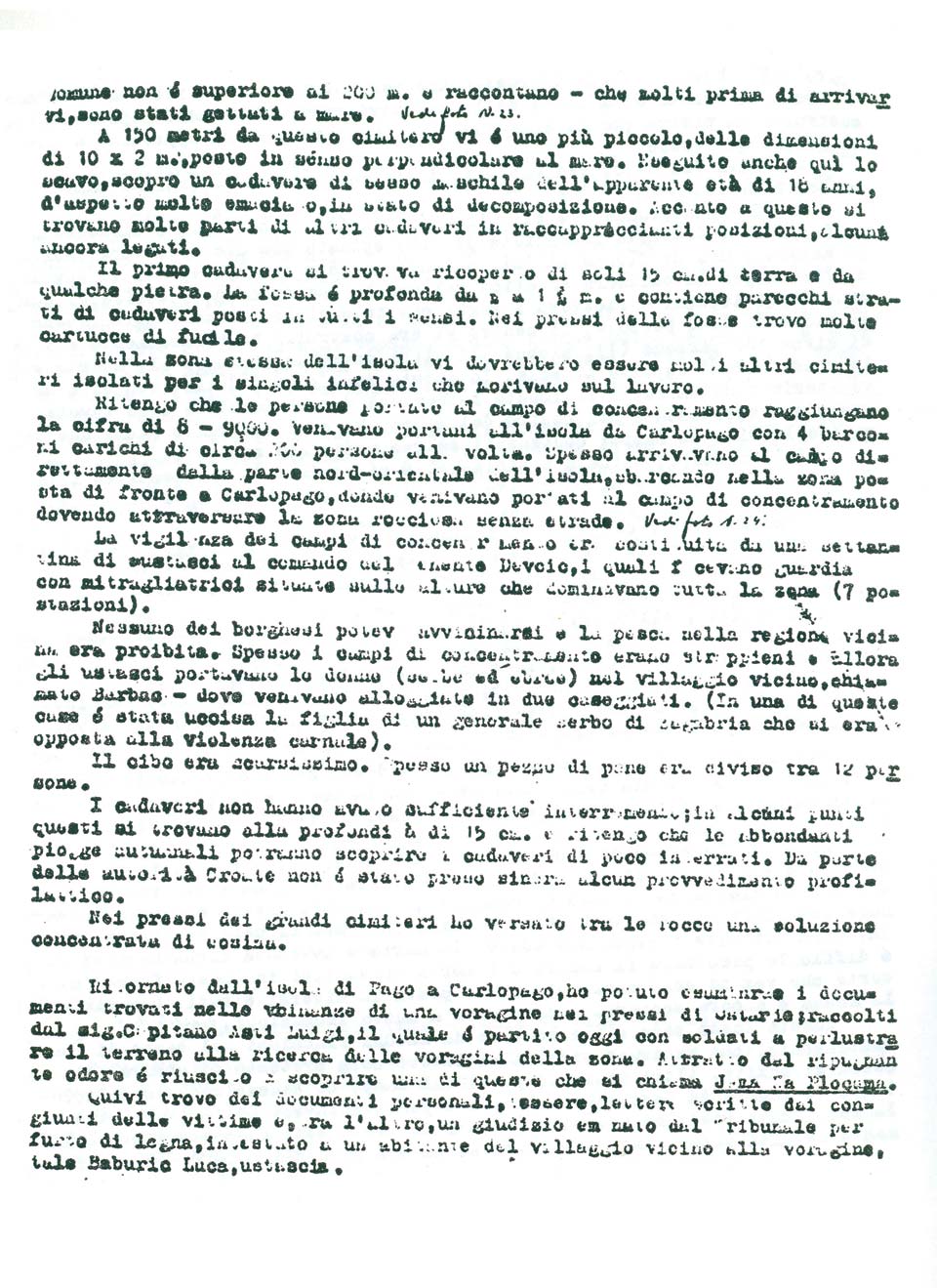 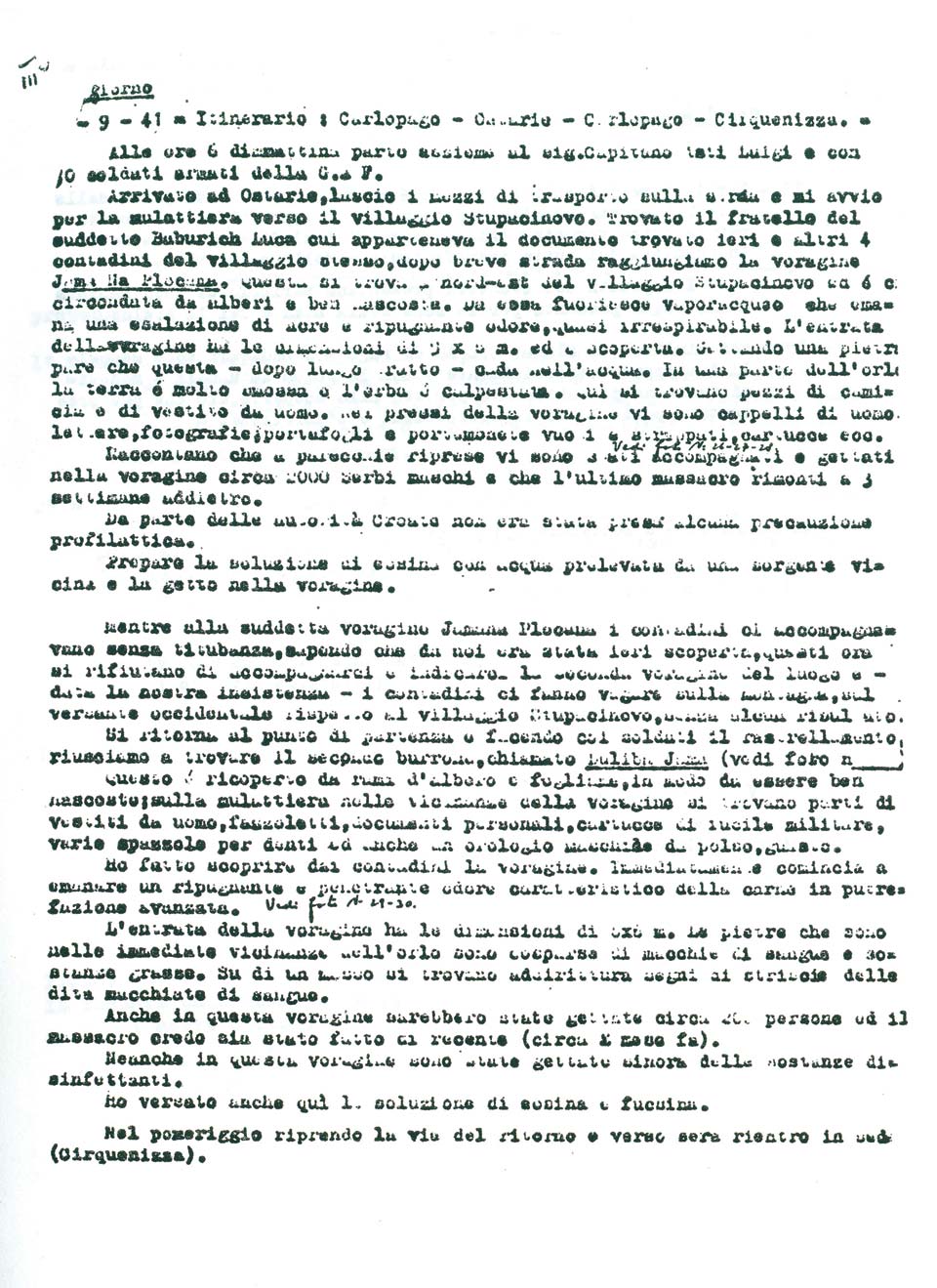 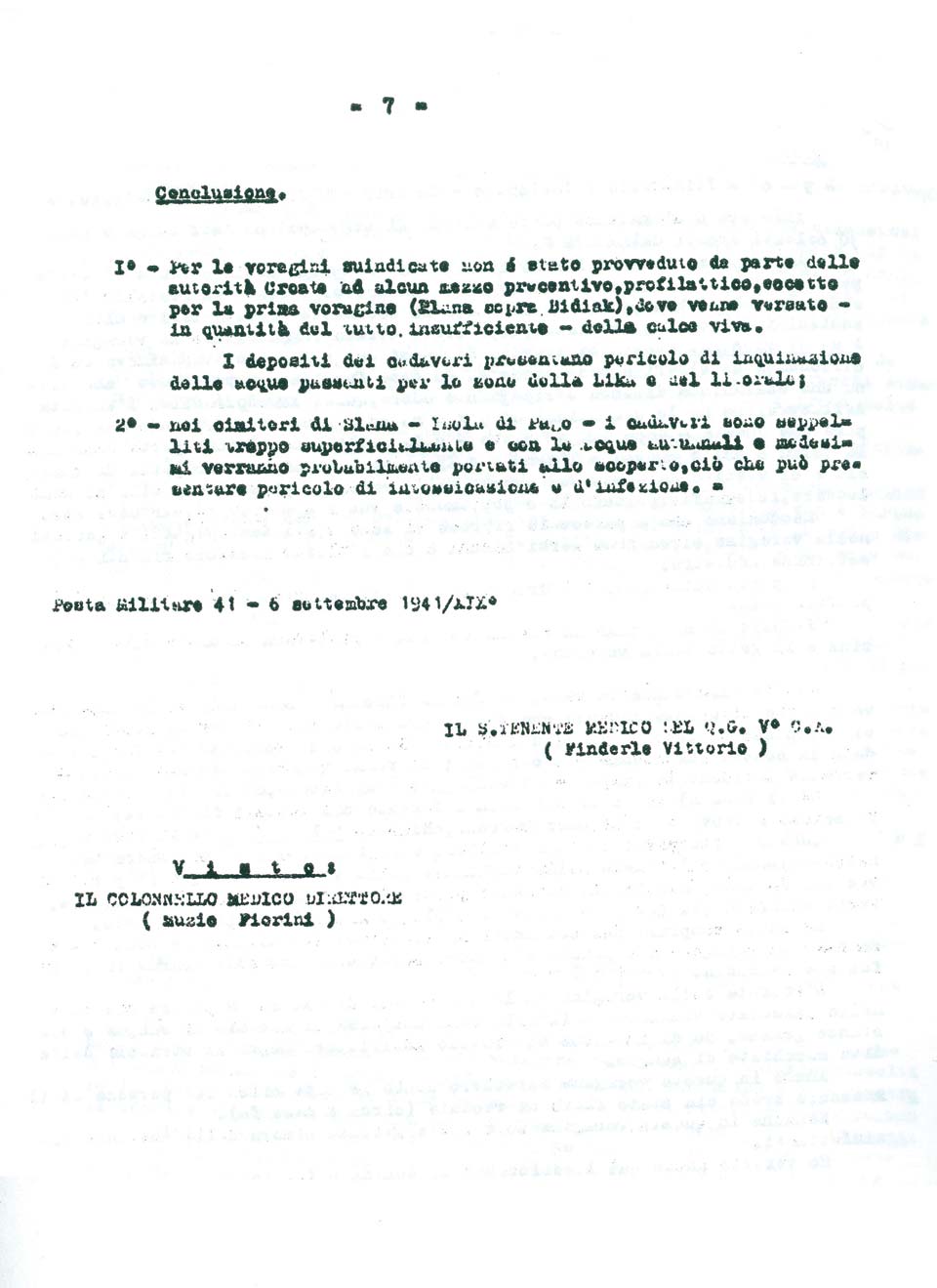 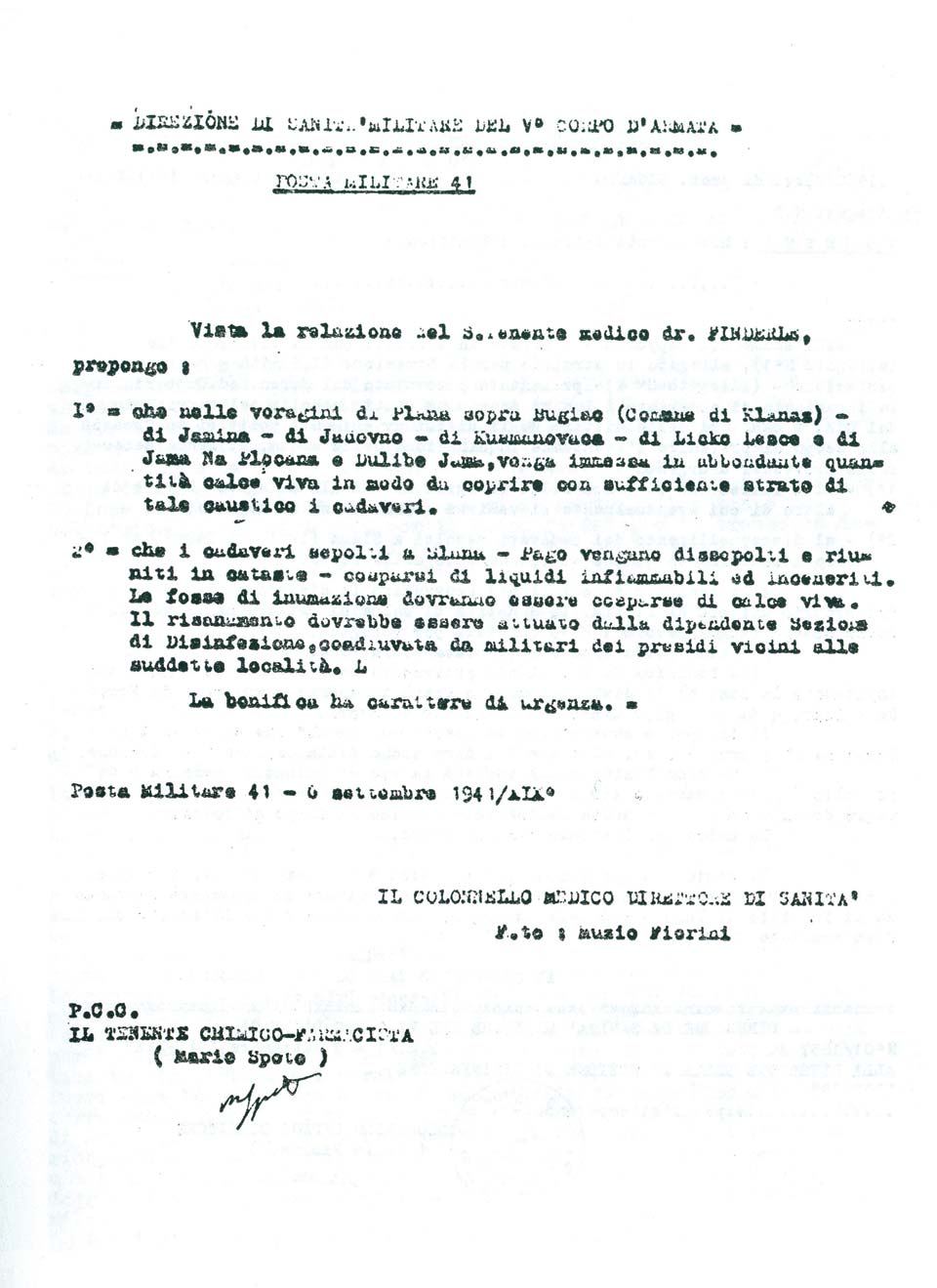 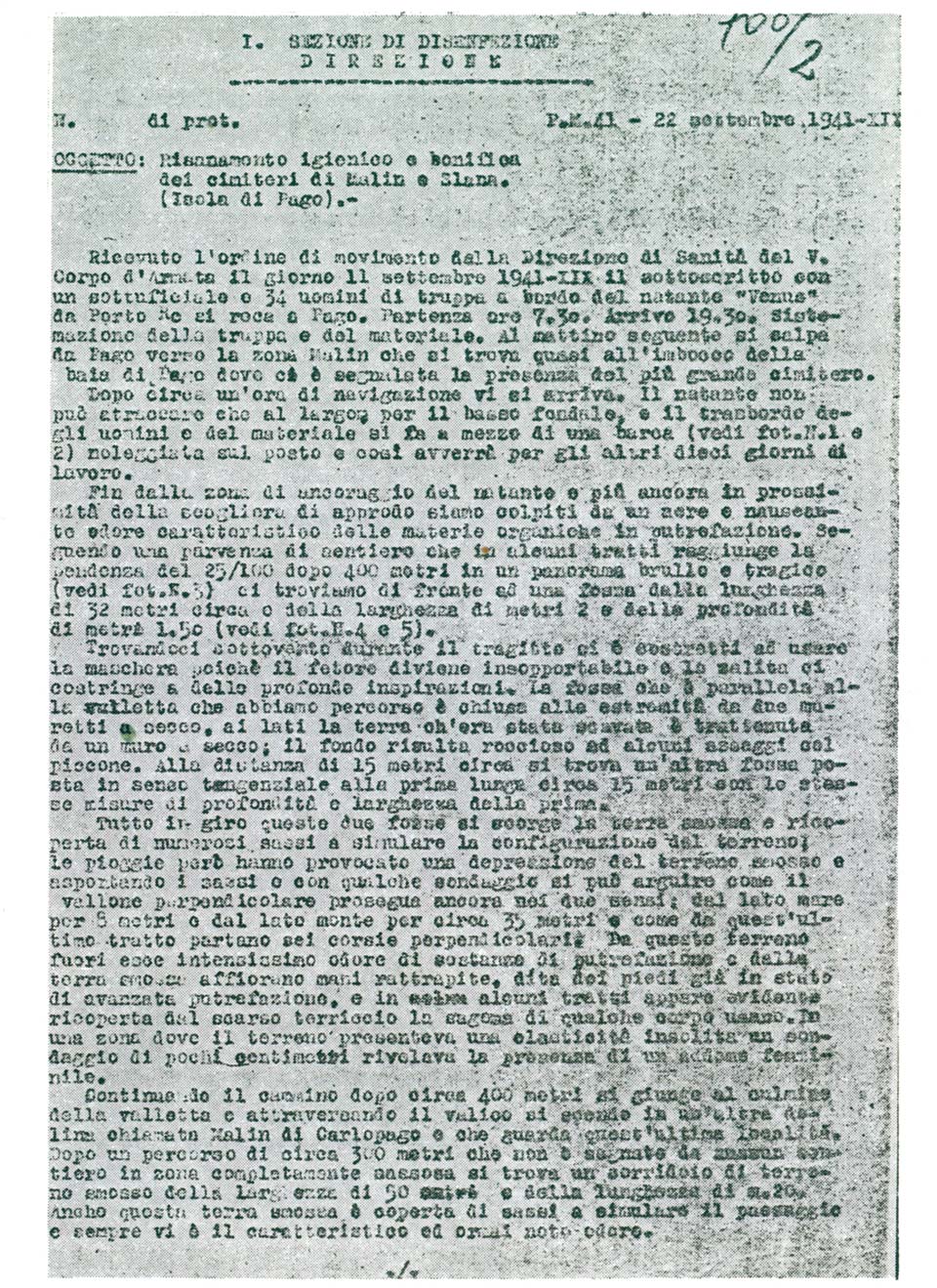 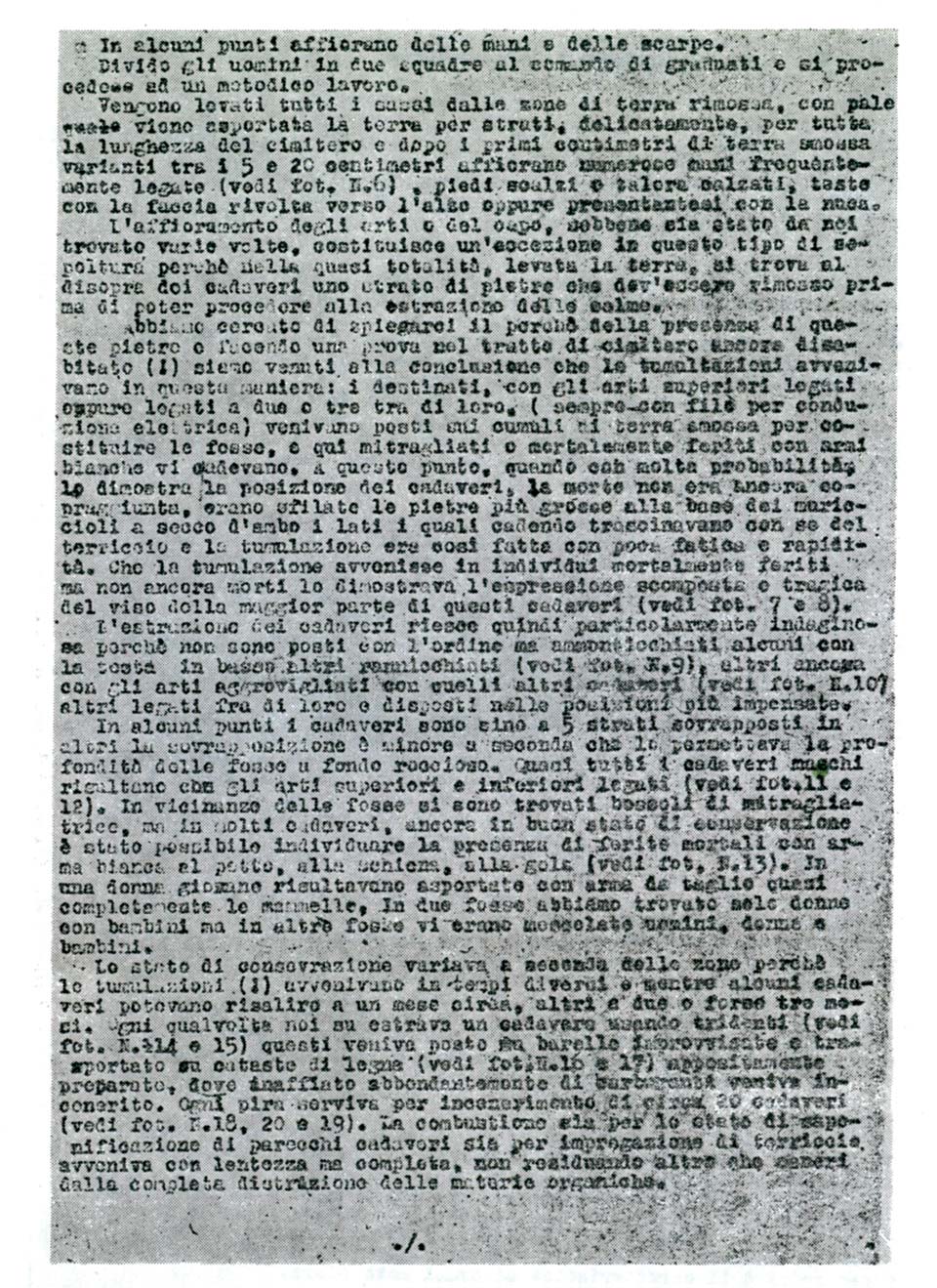