Filippo Petrucci, ITALIAN OCCUPATION IN TUNISIA AND YUGOSLAVIA: DIFFERENCES AND SIMILITUDE IN THE RELATIONS WITH THE JEWS

ITALIAN OCCUPATION IN TUNISIA AND YUGOSLAVIA: DIFFERENCES AND SIMILITUDE IN THE RELATIONS WITH THE JEWS

During my studies I have investigated on the role of Jews in the community of Tunisia and Algeria analyzing their activities to understand their position in the colonial society. Tunisia was a world inhabited by Muslim Arabs, but dominated by French, a world in which differences existed between French and Arabs (in their behaviour towards the Jews), but also existed internal differences in the religious groups (Muslims, Christians, and Jews).

During my lecture, I would like to emphasize on the impact that Vichy’s racial laws had on Tunisian society, focusing also on the Italian and Nazi occupation of the country (November 1942-May 1943). The application of racial laws in Tunisia was less severe than in Algeria: Jews were excluded from the public apparatus with the first Statut des Juifs, and with the second they were touched also in the private business sector. Being also the only North African country occupied by Nazi-fascist, history of Tunisia was therefore different.

Within this historical moment, I would like to focus on Italy’s influence in the relationship with the Jews, how the racial laws were applied and why. The application of the racial laws and the attitude against the Jews in Tunisia was different because of the presence of the Italian Jewish community. Consequently, the presence of this historical community highly important for the Italian business, has influenced the behaviour of Italians.

What is interesting is the parallel between the attitude taken by the authorities and the Italian Army in Tunisia and their attitude in Yugoslavia. Such a comparison would be interesting not only from the historical point of view but also to better understand the relationship between local Jewish communities with their countries. What I think is important to note, is the focus on the explanation of behavior of Italian officers and officials in the complex relationship between Italian Jews in Tunisia, the Italian army and administration; I will analyze this behavior by comparing it to the Italian operations in Yugoslavia during World War II. 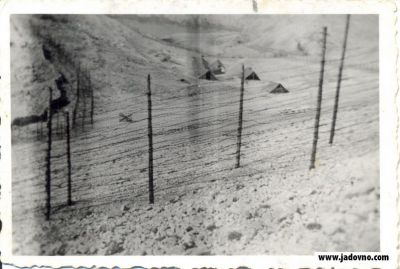