This paper is describing a personal of a 62 years old man who lost most of his family in the Holocaust at the hands of Croatians (many died in the Jadovno Complex including Slana and Karlobag). The parents of the only child who lost their loved one immigrated to Israel after the war but never talked about the experience and so the home was filled with a heavy atmosphere of guilt, shame and deep sadness.

It was not until November 2005 that an inner calling directed the author to find us what happened.  This was a time where no information was available on the web and all that was know about the island Pag was that it was a popular resort area for tourist. In spite of all odds he found the Jama (Cavern or Cave) of Jadovno and screamed from relief for 10 minutes alone in the woods.  He then continued to Slana without any help or direction. The local folks in the small village of Metajna looked at him like a ghost that came from the past and no one wanted to share any information how to reach the camp but in spite of all odds he found the place even though there were no signs or monuments except a stone wall in the middle of nowhere. This was confirmed  by Dušan Bastašić a year later when he discovered the web page that the author created.

The paper is not just an account of the past but also represents a picture of unity, hope and promise of  peaceful and loving future for all the people in this area of the world.  The idea is to educate young children by common books and stories that will portrey the reality of one omnipresent God who is the father and mother to all people everywhere regardless of  what reliso they worship. It is time to bring out the truth, to heal and to forgive. The past does not have to repeat itself. 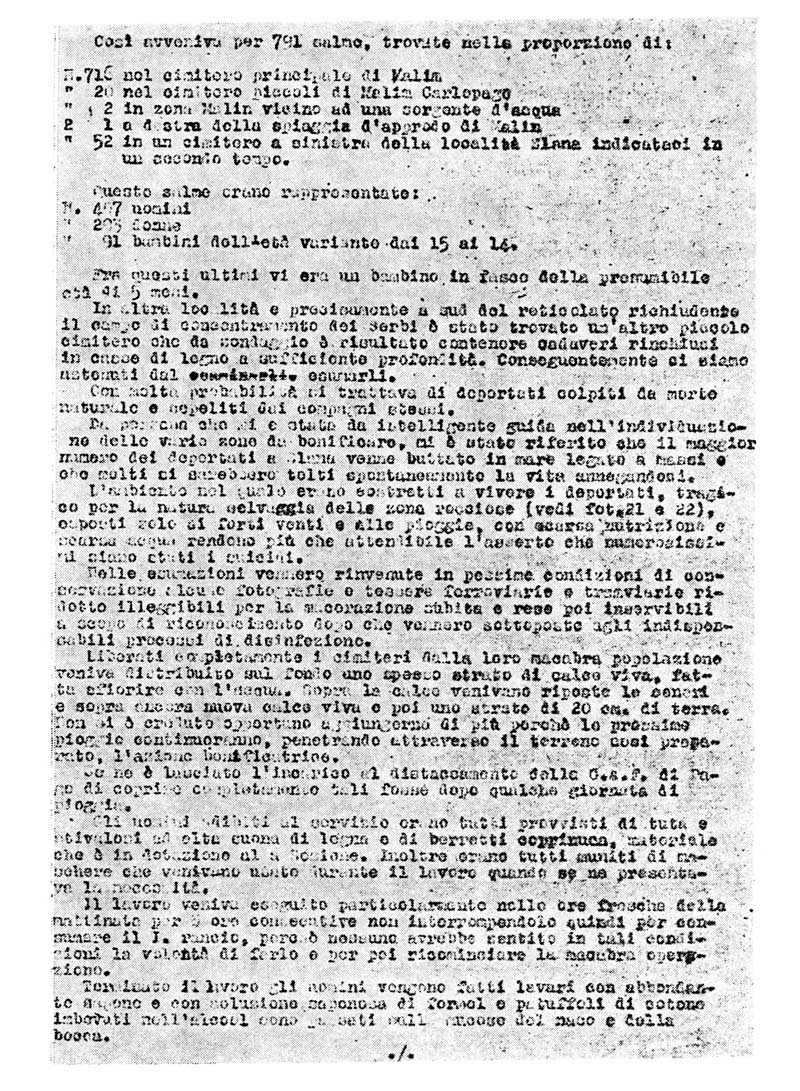