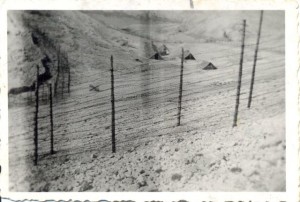 WAR OF REMEMBERANCE IN POST-YUGOSLAV REGION

Without any doubt we could say that individuals and groups use memories of past for present purposes, they remember only those events that they could fit into their own image of themselves or the group. So already in 1980-ties in (Western) Europe, after decades of suppression, the Holocaust became the focus of memories of the Second World War. The extermination of European Jews is considered to be a common experience from which Europe learned and created new structures in order to prevent something like that from happening in the future.

At the same time in Eastern and Southeast Europe the history has been rewritten since 1989. Pre-socialist period is glorified as a “golden era” of national freedom. Crimes of collaborating regimes in this new version of history are being suppressed from memory, because they are opposed to identification with national heroes. Instead of questioning such revisionism, historiography in such periods is no different from nationalistic collective memory.

Such developments could be seen to even higher degree in the process of the dissolving of Yugoslavia and in post-Yugoslav wars in which the memory of the Second World War was intensively reactivated. There was a “war of remembrance”, identification with Second World War criminals and demonization of enemy. The presentation is going to cover examples from Slovenia, Bosnia and Herzegovina, Serbia and Croatia.

While throughout Europe there is a symbolic memory which is worryingly being distanced from the historical context and focuses only on the “innocent victim”, still the basis of historiographical knowledge, e.g. Auschwitz, has not been questionable for a long time. In Yugoslavia, even after the breakup there are such symbols of the Second World War to which the complex past is being reduced, first of all Jasenovac. But here it seems that there are no boundaries to how much distancing there is from the historiographical knowledge – depending on the current regime. In Yugoslavia, Jasenovac was in 1980-ties still proclaimed the third largest concentration camp in occupied Europe, and in the independent Croatia the number of victims during Tuđman’s era fell down to 30,000 “political opponents”. The “most interesting” fabrication was the claim that the camp still continued working after 1945 under the Communists. In my presentation I am going to particularly focus on the question whether the new exhibition at the Jasenovac Memorial Area, set up in 2006, is truly a progress, and how much it worryingly follows the European trend of focusing on the individual victims without giving special topic to the specificities of Jasenovac. On the other side of the Sava, in Donja Gradina the plaques with the mythical number “700,000” serve as a backdrop for political rallies, and not far from there is another myth: pots in which Ustashas allegedly made soap out of their victims.

While there is a “war of memories” being waged around such politicized symbols, other places are left to oblivion. Just as in the world when talking about the Holocaust people think of Auschwitz, where mostly Jews from Western Europe were killed, out of which a significant number survived, there is almost nobody to testify about death camps like Treblinka and Sobibor and brutal, non-industrial executions in woods and chasms. Transferred to the post-Yugoslav dimensions, the first Ustasha camps, Pag, Gospić and Jadovno, almost with no survivors, are mostly not in the collective memory, same as the fact that the Ustashas were the only ones besides the Third Reich to introduce death camps, and specifically for the Serbs as the largest group of victims. We need to watch carefully what did it mean when new President Josipović in the first few month of his presidency unveiled a renewed memorial plaque at Jadovno, but also are we, in the “war of memories” going to manage to distance ourselves from the arguments that THEY are the only ones who manipulate with the past, while WE are just innocent victims. 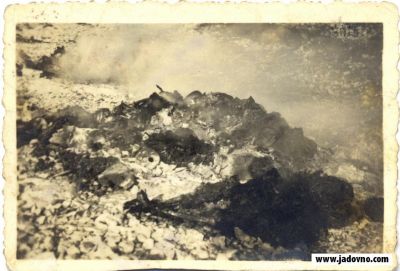