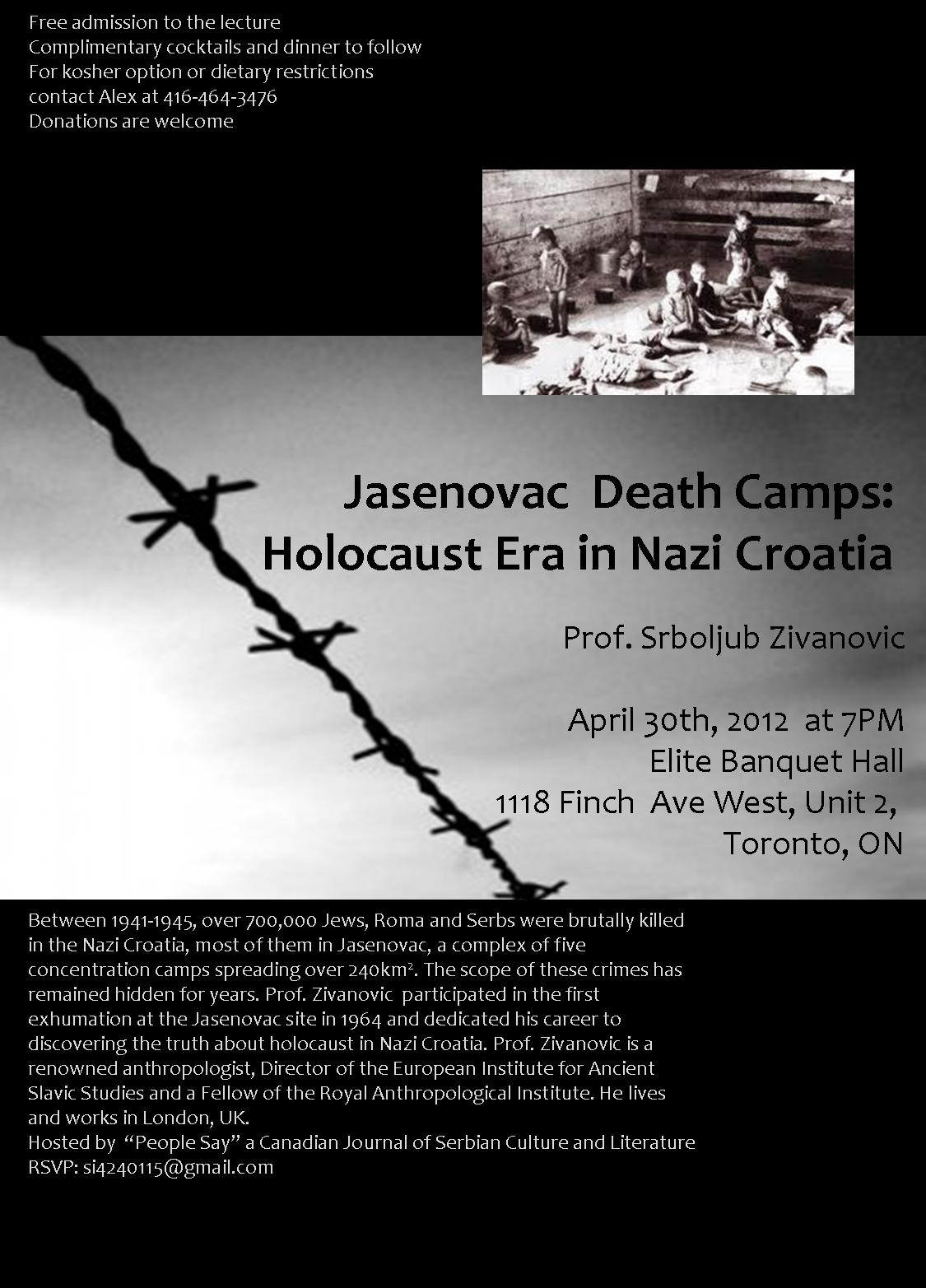 Jasenovac Death Camps: Nazi Holocaust Era in Croatia
Prof. Srboljub Zivanovic
April 30th, 2012 at 7PM
Elite Banquet Hall
1118 Finch Ave West, Unit 2, Toronto, ON
Between 1941-1945, over 700 000 Jews, Roma and Serbs were brutally killed in the Nazi Croatia, most of them in Jasenovac, a complex of five concentration camps spreading over 240km2. The scope of these crimes has remained hidden for years. Prof. Zivanovic participated in the first exhumation at the site of Jasenovac in 1964 and dedicated his career to discovering the truth about holocaust in Nazi Croatia. Prof. Zivanovic is a renowned anthropologist, Director of the European Institute for Ancient Slavic Studies and a Fellow of the Royal Anthropological Institute. He lives and works in London, UK.
Hosted by “People Say“ and the American Journal of Serbian Culture and Literature