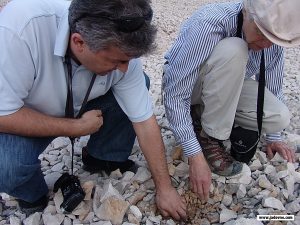 The usefulness of Internet search browsers was confirmed when in May 2006 I searched for texts and pictures about Jadovno.

I was very surprised when I saw pictures in colour, taken a year before. I found the name of the author and wrote him a short letter.

A day later, Dani Novak, an American of Jewish descent replied to my letter. Among other things he wrote.

Subject: My close relatives were thrown in Jadovno too.

“… You cannot even imagine how much your letters mean to me. Everything in the world! Words and photographs. For me their meaning cannot be described, although in illustrations I saw there was no complete information such as names of all people in the photographs. When I was there, there were only Peace and Nature. I really think this is the best way. I feel that people living around this area are still very hurt and that much forgiveness and healing is needed for the whole history of this area.

Dušan, there is something connecting the two of us. It seems to me that I had been living almost all my life in a hole in Jadovno, not knowing it was so, until I came there, into the woods, where I screamed for ten minutes, trying to call out to God. Dušan, it was a primordial scream. In fact, it was a scream of liberation and freedom.

Do you know anyone I could talk to about Pag? My grandmother and aunt died there, in Slana, and I would like to talk to somebody who knows everything about it.

Whole of my life I suffered because of the war deep inside my heart and mind. My parents never spoke about it and there was always a feeling of sadness in the house. I feel that, before leaving this world, I would like to release everything within me and die in Peace. That is why I am focused on forgiveness and healing the whole world cries out for so much.

Kind regards. I hope that we will see each other!”

Not even a month had passed after the first email contact that I met Dr Novak. In his humble and crushed face, which would very rarely and for a brief moment show a faint smile, I saw a brother.

With Dani, I went to Jadovno for the first time. Driving on side roads with no signs, it would be difficult for me to find a way on Velebit by myself, so Dani led us with a quiet voice of an infallible guide. Instead of me leading him, he, an American born in Israel, led me to the pit, me who was born in Croatia and who spent six months there under Velebit doing my military conscript service and who never went to that place.

When we got out of the car and walked between the walls of a demolished memorial towards the woods I felt discomfort. Was it because I felt we had come here secretly or because we were disturbing the silence, which was becoming more unpleasant?

I saw a circular memorial wall, well-known from old photos, but without memorial plaques, which had all been smashed. Then there was that narrow passage from the picture in which there is a line of women with black scarves.

And then the pit. 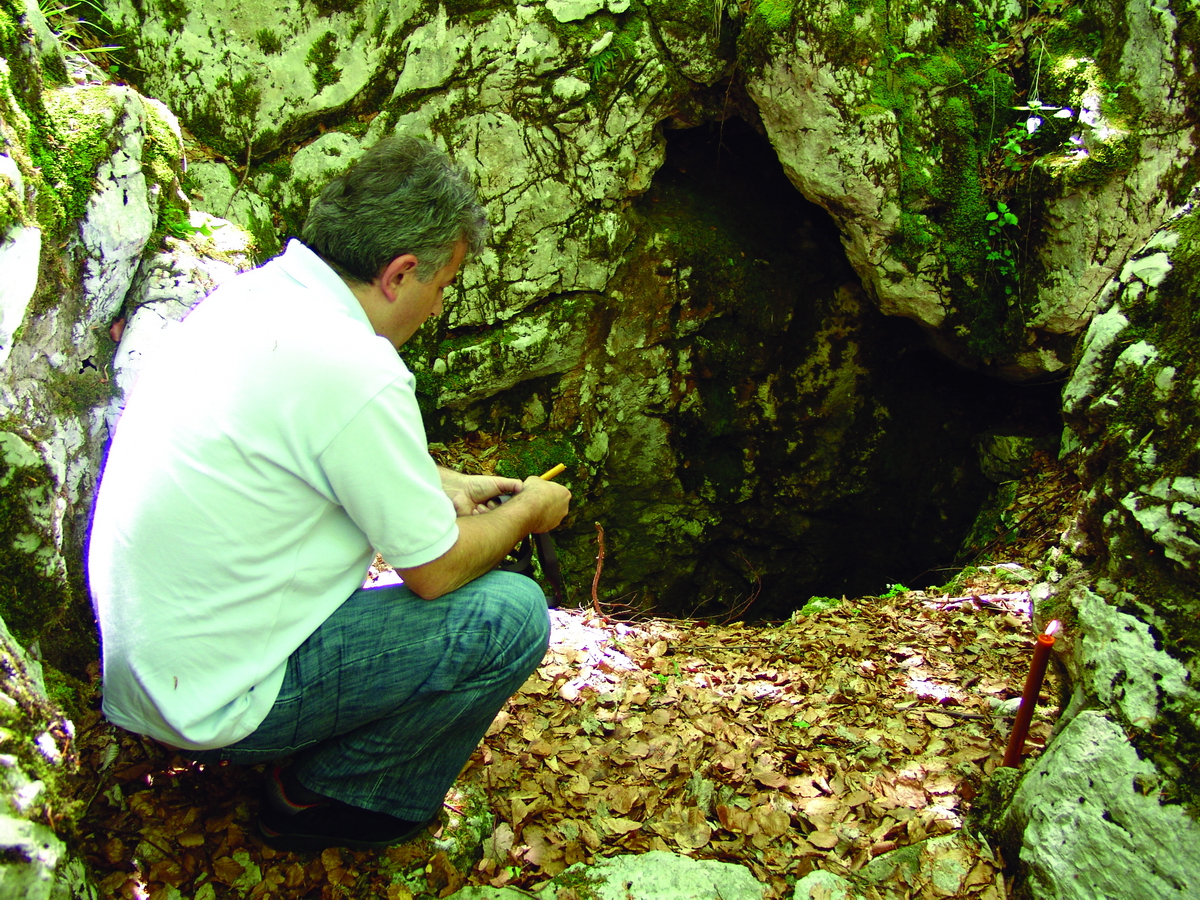 No fence. The path leads towards the darkness of the pit with a short, mild slope covered with small, dried leaves. The other side of the grotto is almost vertical, smooth and wet rock. Some sort of dust rises floating from the deep. Down there – complete darkness, up there – complete silence.

First I asked God to forgive me, and then immediately to help me. I asked my loved ones were they there, and then asked God to give me a sign that I was at the right place.

I imagined the scene that had happened there 65 years before, and asked myself what my grandfather had thought when he had arrived to this place, tied and exhausted? Was the uncle with him, were they hit, stabbed, did they jump themselves or were they pushed; did they survive the fall and for how long were they alive? I remembered stories of those women that survived about people who were alive at the bottom of the pit, surviving for two or more weeks at the bottom amongst the corpses, about children huddling in their mothers’ laps, about the poor woman who gave birth there.

I squatted over the pit with a lit candle. I could not even cry. I was in shock and helpless.

In a niche in the rock above the pit I left an icon of Virgin Mary carved in wood.

It seems to me that we did not speak a word on the way to Karlobag. On that road, over Baške Oštarije, in summer of 1941 columns of tortured martyrs were marched to the sea. Many of them never got there. They were murdered in the pits along the road and in those near the close-by village of Stupačinovo.

A man working on his boat whom I asked to take us to the Slana Bay for a fare looked at Dani and said: “He probably had someone there…”.

The sea was still. The blue tomb. There at the bottom lie bones of many sufferers who were thrown into the water with their bellies cut open and rocks around their necks.

I again asked my loved ones if they were there.

That part of the island of Pag was truly a rocky desert. The only life existing there is a poisonous plant with green jagged leaves.

There are only rocks with sharp edges which make it difficult to walk even in shoes. The remains of stone Ustasha buildings and guardhouses are still visible. In conditions difficult to imagine, the inmates built with their bare hands those stone buildings and the road which leads “from nowhere to nowhere”, and which can still be seen really well. At night they would freeze in improvised accommodation.

I remembered the Jewish man who had survived and testified how an Ustasha ordered two inmates to lie down and before shooting them in the head shouted: “Come on, say ‘who art… who art…’”.

And I remembered that shooting by a firing squad of inexperienced and young Ustashas, when the wounded inmates were screaming and saying Orthodox Christian prayers.

And the surviving man from Daruvar Jožo Balaž who in barracks found carvings in a beam: “Popović, Popara… Grubišno Polje”.

And the Ustasha who during a trial said that out of 1300 Orthodox Christians, who were taken to the coast in a ship and slaughtered in nearby pits, most of them were from Grubišno Polje and Pakrac.

And the other one who testified how children before being slaughtered cried: “Gendarme, please don’t cut my throat…”.

And the one who testified about a murdered mother with a child whose head was poking out of her belly where they had tied its body with wire.

Long trenches where Italians in September 1941 buried ashes of cremated bodies that had been buried in shallow graves and then exhumed are still visible.

We kneelt down and started removing rocks. Already at the depth of half a metre we found ashes. In dark brown greasy dust we found two pieces of barbed wire.

I brought the same memento from Slana to my home.