Efraim Zuroff, IMPORTANCE OF THE POST-HOLOCAUST JUSTICE IN THE EAST EUROPE AFTER THE FALL OF COMMUNISM

The lecture will deal with the significance of prosecuting Nazi war criminals and collaborators in post-Communist Europe. It will describe the unique aspects of the collaboration with the Third Reich in the countries which were part of the Soviet Union or under Communist rule from the end of World War II until 1989, emphasizing the lethal nature of such collaboration, which unlike the situation elsewhere in Europe, included active participation in mass murder. Bringing these war criminals to justice has proven to be one of the most difficult, if not the most difficult, of the six practical Holocaust-related issues which each post-Communist country had to face in the wake of independence (for those which were part of the Soviet Union) or the transition to democracy (those under Communist domination but not part of the Soviet Union), the others being:  acknowledgement of guilt, commemoration of victims, documentation (writing of history), education, and restitution. In addition, it must be noted that the prosecution of criminals is the only one of these tasks which is time-limited, adding to its urgency and difficulty.

The lecture will present an overview of the cases of the criminals who have been brought to justice, as well as others who should have been prosecuted but were not brought to justice for a variety of reasons, and attempt to draw some conclusions from the results of the past two decades. 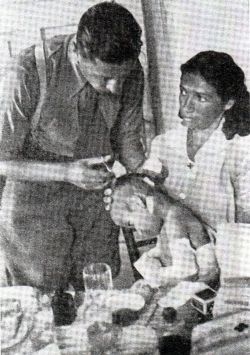